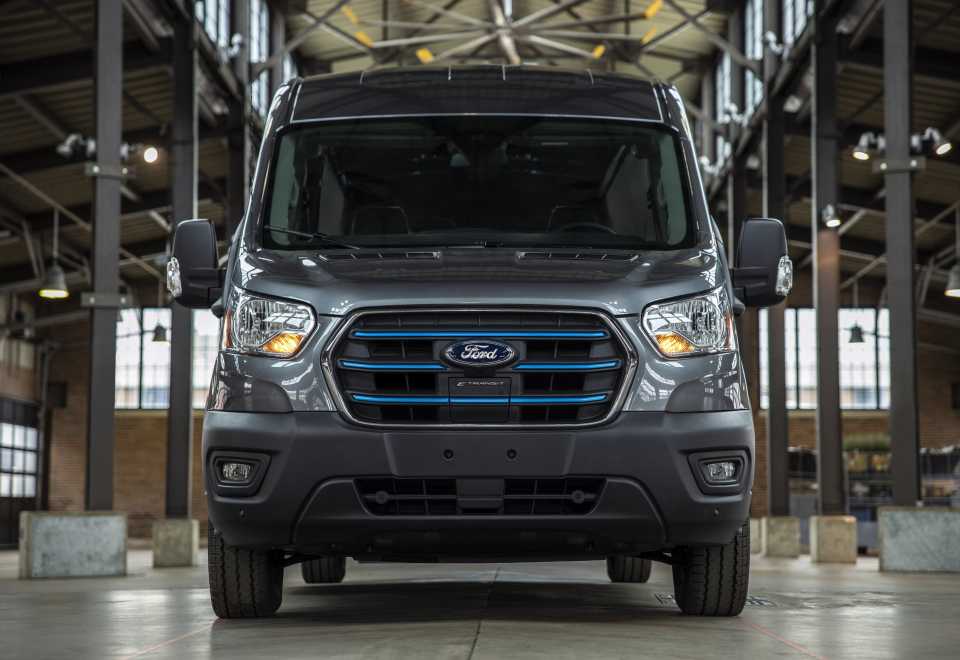 Ford has introduced the new E-Transit van, with an estimated driving range of up to 217 (WLTP), and the same cargo space as a rear-wheel drive diesel Transit.

E-Transit features both AC charging and DC fast-charging. The vehicle’s 11.3kW on-board charger is capable of delivering a 100 per cent charge in up to 8.2 hours. Charging with up to 115kW using a high-power DC fast-charger, E-Transit can top-up the battery from 15 per cent to 80 per cent in around 34 minutes.

E-Transit features optional Pro Power Onboard, which enables customers to transform the vehicle into a mobile power source, providing up to 2.3kW for powering tools and equipment on the jobsite and on the go. This is an industry first for light commercial vehicles in Europe.

E-Transit’s battery is located underneath the body, providing up to 15.1 cubic meters of cargo space, the same as a rear-wheel drive diesel Transit.

E-Transit for customers in Europe targets up to 1,616kg payload for the van and up to 1,967kg for the chassis cab models. The vehicle’s electric motor has a peak output of 198 kW (269 PS) and 430Nm of torque, making it the most powerful motor of any fully electric cargo van sold in Europe. The rear-wheel drive layout ensures traction when the vehicle is heavily laden.

In Europe, Ford will offer a choice of 25 E-Transit configurations, with van, double-cab-in-van and chassis cab body styles, multiple length and roof-height options, and a range of gross vehicle mass options up to 4.25 tonnes, to support a wide variety of customer needs.