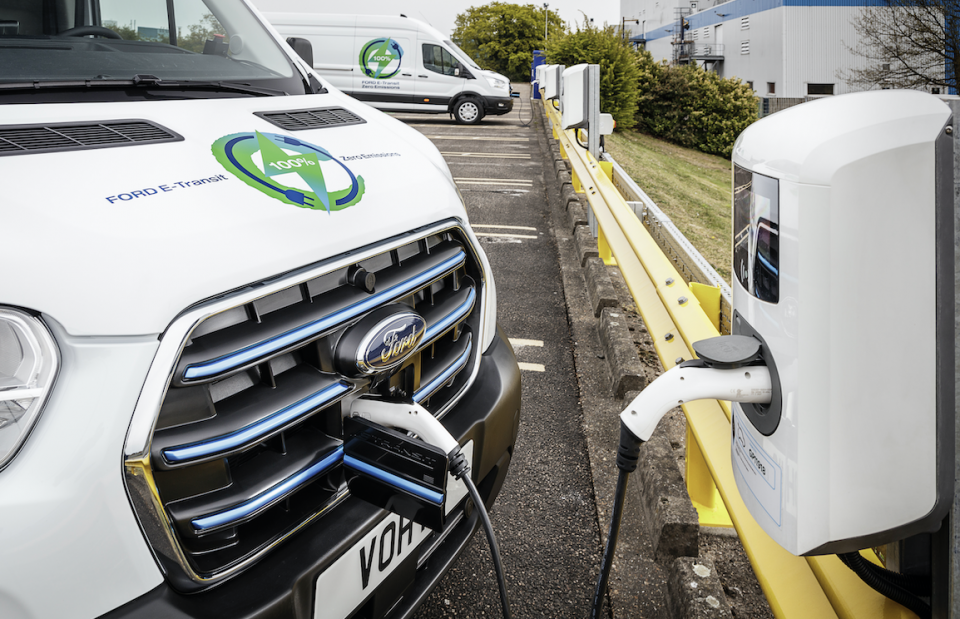 Ford is calling on policymakers, energy providers, local authorities, consumers and the auto industry to join forces on a nationwide electrification strategy to achieving its 2030 target to ban ICE vehicles.

Since February, Ford has announced investments vinto electrification, committing its entire passenger vehicle range being all-electric by 2030, and to the majority of its commercial vehicles sales being all-electric or plug-in hybrid in the same timeframe.

But the company says that individual actions are not enough and that a coordinated effort is needed to help consumers move to an electrified future.

“At Ford, we’re putting our plan into action. In the UK, the electrification transition is underway, but we will not achieve the government’s 2030 target organically. We need a plan, supporting the rollout of electric and plug-in hybrid vehicles, in operation ahead of November’s critical COP26 climate summit,” said Stuart Rowley, president, Ford of Europe.

“The scale of the challenge requires a partnership between all the key stakeholders – government, auto industry, energy providers, local authorities and consumers – and focusing on accelerating the development of the charging infrastructure at home, in the workplace and in public locations. It also should encourage consumers to purchase all-electric and plug-in hybrid vehicles through stronger incentives.”

Ford’s announcement comes as the first in its series of quarterly consumer sentiment reports, Go Electric, reveals widespread lack of awareness and hesitancy towards electrified vehicles and their ecosystems among much of the UK population.

Ford’s research also suggests that consumer acceptance is a key obstacle to overcome, with the Go Electric report pointing to an apparent lack of information around EV technology.  A majority of drivers – 61 percent – surveyed for the report said they did not feel they have enough information to make an informed decision on purchasing an electric vehicle.

When asked how confident they were about electric vehicle technology, more than half said they did not know the difference between electrified vehicle types, while four out of five said they would not be comfortable explaining electric vehicles to a friend.

In a bid to overcome some of these concerns about the switch to electrification, Ford’s Go Electric consumer information experience will resume its roadshow across the country having been postponed last year due to COVID-19, and aims to reach at least five million people in the coming months. Additionally, the company is planning to create other dedicated digital resources for consumers to have their electric vehicle questions and concerns addressed.