Hydrogen fuelled eCargo bikes to be trialled for deliveries 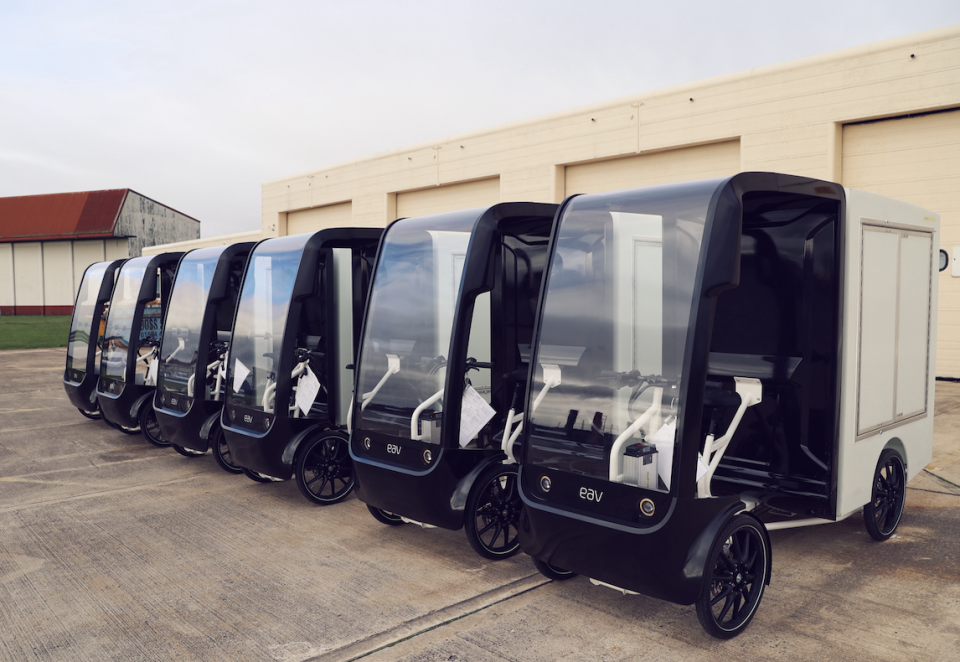 The aim of the programme, which will start in 2022, is to validate the use of hydrogen fuel cells for sustainable last mile deliveries and clean, healthy and liveable cities.

Investment in the project has come from the European Union and the Scottish Government and is being managed by the German Aerospace Center (DLR). The project brings together partners including DPD Group, H2Range (an affiliate of DLR), Unicorn Energy, Energy Expo and Brussels University.

Nigel Gordon-Stewart, Executive Chairman of EAV said: “Nowhere is the use of hydrogen fuel cells in lightweight vehicles more effective than within the urban environment. The mid and last mile in goods transport are the two key areas which create a significant proportion of traffic volume and emissions in towns and cities. It’s this critical area that EAV is concentrating on with its range of Transport Future Vision vehicles, the EAV2Cubed and the EAV LINCS. We plan to offer both vehicles with a proven hydrogen solution.”

EAV has significant concerns over the physical weight of the increasing number of battery-powered vehicles and the company questions both where all these batteries are going to come from and the infrastructure and ecological impact of Battery Electric Vehicles.

“It’s a simple fact that the raw materials for battery production are in short supply.” commented Adam Barmby, CEO and Founder of EAV.  “EAV focuses on weight reduction, so we use less energy and therefore require less batteries.  To take this process even further, we wanted to work on developing a hydrogen fuel cell option for our EAV2Cubed eCargo bikes and our new LINCS van platform and deploy the cleanest, lightest and most efficient vehicles to enhance the urban environment for its communities. We’re also working on a commercial package for green hydrogen production at source which we’ll be announcing in the New Year.”

The EAVH2Cubed fuel cell design will run with less batteries as the electricity comes from the hydrogen reaction and doesn’t need as much electrical energy storage.  This reduces the overall vehicle weight and therefore the impact the vehicle makes on the urban environment as well as the production of highly dangerous tyre and brake particulate emissions which is significantly reduced.  The only by-product of the energy producing reaction is water, which is about as environmentally friendly as possible.

“The City of Aberdeen Hydrogen eCargo project is a first stepping-stone towards the commercialisation of green hydrogen through EAV’s urban hydrogen transport strategy,” continued Gordon-Stewart. “That strategy, being developed by us and our strategic technology partners, is a key part of our Transport Futures Vision and this latest support from the Minister for Transport is an enthusiastic endorsement of EAV’s strategy and a significant step towards a clean, safe, brighter and better urban future for cities and towns worldwide.”