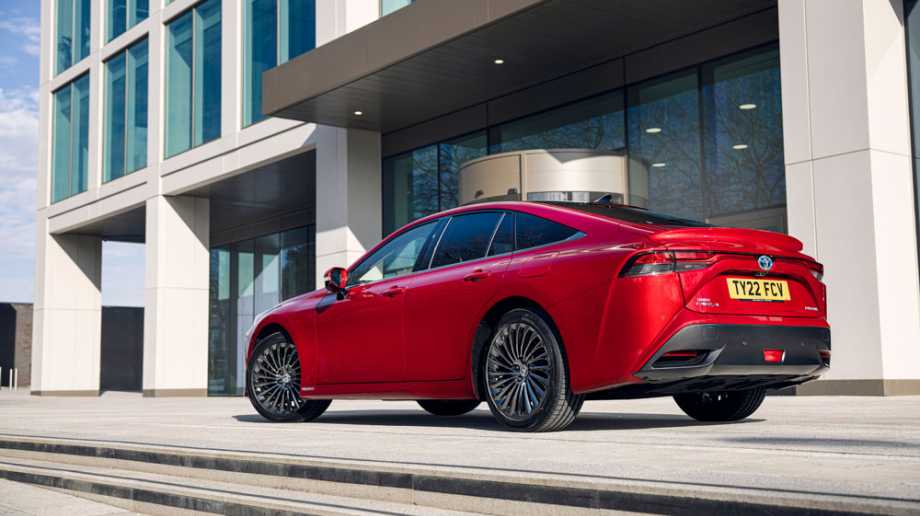 A hydrogen fuel cell electric vehicle pioneer, the Toyota Mirai has been comprehensively updated. Richard Gooding discovers the all-new second-generation model has a greatly  improved driving range as well as many luxurious features

The Toyota Mirai is one of the only hydrogen fuel cell (FCEV) powered cars on sale in the UK, the other being the Hyundai Nexo. The first generation was introduced in 2014, and has proved popular with private hire and professional driver fleets due to the long single refill driving range on offer, which is more than most electric cars currently on sale.

The second-generation model was announced in 2020, landing in the UK in 2021. Based on the  new GA-L platform, there are improvements to aerodynamics, responsiveness and refinement, while the addition of a third hydrogen tank allows for an increase in range of 30 per cent.

Toyota quotes an official single refill driving range of up to 400 miles from the Mirai’s three hydrogen tanks that hold a combined 5.6kg/142 litres. To enable range, the on-board fuel cell stack converts compressed hydrogen into electricity. This then powers the electric motor.

How long does it take to refill?

Refueling at a hydrogen filling station takes around five minutes and is almost as straightforward as filling up a combustion-engined car with fuel. The only downside is that, according to Hydrogen Insight, there are only 11 hydrogen refuelling stations open publicly in the UK.

First impressions of the new Mirai is that while it is much more conventional looking than its predecessor, it is also more handsomely striking. Its gently sloping silhouette is coupé-like and it exudes a premium appearance. It’s the same inside, the driver cocooned by the wraparound centre console and faced by an eight-inch digital driver’s display, and a 12.3-inch multimedia screen.

It feels very luxurious, just as it should at the price. That luxurious impression continues on the move, with very little wind or road noise entering the cabin on most road surfaces. There’s a little whine from the FCEV powertrain, but on the whole, the Mirai feels just like a conventional EV to drive.

The car generally belies its size and feels smaller than it is. It corners very flatly, and handles well with plenty of grip from the 20-inch tyres. There is a weight to the steering which makes for easy placement on the road and allows the car to feel quite agile, despite its near two-tonne kerb weight. The only blots we found were the gear selector, which is an odd shape, and the infotainment system graphics, which look dated.

Just as with a conventional electric car, as the Toyota Mirai emits no CO2, it is currently exempt from any VED charges in the first and subsequent registration years. Two per cent Benefit in Kind (BIK) tax is charged for 2022-2023, with the same charge applying to 2025.

While not a big seller, the Mirai plays an important role in Toyota’s fleet offering, and provides businesses with a luxurious and long range, zero-emissions vehicle. The changes introduced with the second generation Mirai make it a more appealing car, if still an expensive one. The limited refueling infrastructure may prove a challenge to some fleets, but ignoring that, the Mirai is a comfortable, refined and upmarket-feeling zero-emissions car. It proves the technology works, even if the commercial vehicle market will be infinitely better suited to the advantages it brings, such as large battery weight savings and faster refuel times.