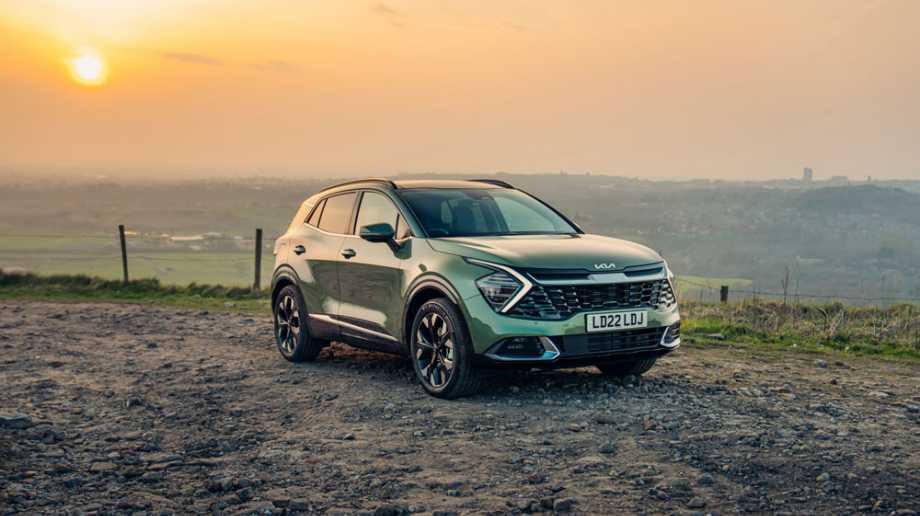 Reinvented and rejuvenated, the new Kia Sportage embraces plug-in hybrid technology in its fifth generation. Richard Gooding finds a striking-looking car packed with technology and equipment, with the promise of greatly reduced running costs from its new PHEV powertrain

The Sportage name first came to the UK in 1995 as one one of Kia’s first models to land in the country. Now, 27 years later, it’s the turn of the fifth-generation car, this time with an interior designed and developed especially for European drivers. The fourth-generation Sportage was very popular in the UK, and with 27,611 registered in the UK, a mainstay of the top 10 most popular cars chart.

It’s not just this country where the car is popular either – the Sportage is the most popular Kia both in Europe and globally. The number one Kia product in the UK, the all-new Sportage was the number one-selling compact SUV in March 2022, contributing to Kia being named as the most popular brand. The new model family consists of mild-hybrid, hybrid and plug-in hybrid models, with two or all-wheel drive, meaning there is something for almost every fleet. We test the new Sportage PHEV here.

What range does it have?
Kia quotes the Sportage PHEV being able to travel on electricity only for a distance of up to 43 miles, which is further than many other plug-in hybrids.

How long does it take to charge?
Plug the Sportage PHEV into a 7.4kW wall box charger, and the Kia’s 13.8kWh lithium-ion battery can be recharged in one hour and 45 minutes. Charging on a UK domestic socket rated at 2.4kW takes five hours and 27 minutes.

How does it drive?
Immediately from the off the all-new Sportage makes an impression. Sharp creases all over the body lend it a much more angular look than the car that went before it. That’s no bad thing, and bold is the watchword for modern-era Kia. Pronounced rear wheel arches and a rising window line signify dynamism, while the new arrow-head LED running lights give the 2022 car’s face a real presence. There’s no mistaking it for anything else and it manages to exude both a classy yet rugged appeal.

Moving inside, the interior is as stylish as the exterior. The arrow-head shapes feature on the air vents which seem to clamp-hold the twin, gently curving 12.3-inch colour displays. Materials are of a high quality and the whole ambience is one of a premium car. Underneath the left-hand touchscreen is Kia’s new haptic touch control panel shared with the all-electric EV6. Controlling air conditioning and multimedia functions, it can be switched over at the touch of a not-quite literal button. It works extremely well, with rotary knobs that function as volume and temperature controls. It’s one of the most thought-out uses of this technology we’ve found in any car interior.

Out on the road, the Sportage PHEV is impressively quiet, with barely any noise from the 1.6-litre petrol engine entering the cabin at all. All Sportage PHEV models are all-wheel drive, and the Kia SUV handles nicely, with a moderately flat cornering stance. Precise steering means it can be placed easily, too. A common trait with other modern cars, the suspension is quite firm, but not uncomfortably so and it only really gets caught out over heavier bumps and irregular road surfaces.

In addition to ‘Eco’ and ‘Sport’ driving modes, drivers can also choose between ‘Electric’, ‘Hybrid’, and ‘Automatic’ selections, the latter shuffling power between the other two, but favouring the hybrid mode in most situations. A set of terrain modes are also included, allowing drivers to choose a setting to best reflect the road surface conditions they are driving on.

Kia has packaged the plug-in hybrid battery and motor beneath the cabin to minimise the impact on passenger and luggage space, so the Sportage PHEV is a practical car, too. There is 540 litres of space with the rear seats in place and 1,715 litres if they are folded – 47 and 61 litres down respectively on the full hybrid models – meaning the plug-in hybrid Sportage should be accommodating enough for most.

What does it cost?
The Sportage PHEV is available in four trims. The £39,700 GT-Line kicks off proceedings and comes with 19-inch alloy wheels, keyless entry and start, parking sensors, quilted leather and suede seats, rear privacy glass, three-zone climate control, and smart cruise control. Move up to the £40,900 ‘3’ car and you gain both heated front and outer rear seats, as well as a heated steering wheel.

The £43,100 ‘4’ as tested here features dual LED headlamps, a panoramic sunroof, a Harman Kardon sound system, a remote smart parking system, wireless smartphone charging, and a host of blind-spot monitoring safety technologies. The range-topping GT-Line S has powered and ventilated front seats, a powered tailgate, and the option of an £800 black two-tone roof. A premium paint finish is £650 extra on all models.

How much does it cost to tax?
The Kia Sportage PHEV qualifies for the £10 Alternative Fuelled Vehicle (AFV) VED discount because with official CO2 emissions of 25g/km, it is rated as an ultra-low emission vehicle. This discount effectively wipes out its first year registration charge of £10. After that, at the time of writing, drivers of the plug-in hybrid Kia will pay £155 per year with the AFV discount applied. Benefit in Kind (BIK) for 2022-2023 is 8 per cent.

Why does my fleet need one?
Comprehensively upgraded, the Kia Sportage gains a plug-in hybrid variant for the first time, and it offers fleet drivers the promise of low running costs and an all-electric range, both of which, on paper at least, better that of key rivals. Well-equipped, and with a premium-feeling interior, the plug-in Sportage is a good value for money package, too. There really is little not to like, and the Sportage PHEV is a very welcome reinvention of Kia’s most popular nameplate.