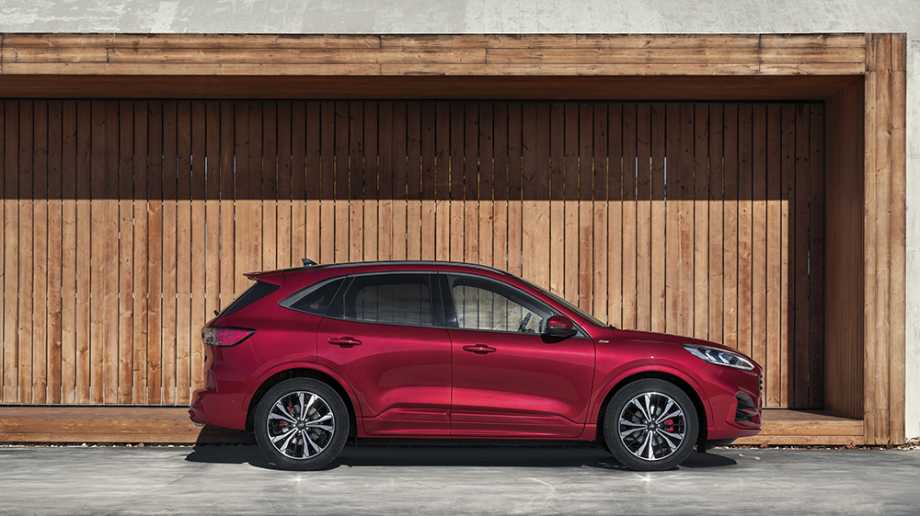 With the launch of the new Kuga, Ford has truly embraced electrification. Besides a pair of mild and full hybrid models, a low emission plug-in variant flies the electrified flag highest. Richard Gooding discovers a great deal of appeal

What is it?
A regular entrant in the top 10 most popular cars in the UK list, Ford's Kuga debuted in 2008. The car carried Ford's success hopes of crossover success on its shoulders, and the small SUV used well-proven Focus and C-Max components to help its chances. It proved popular, the second-generation arriving in 2012. The third-generation Kuga appeared in 2019, and brought with it a new environmental focus. A key part of Ford's commitment to launch 17 electrified models in Europe, the latest Kuga comes in mild hybrid diesel, full hybrid petrol, and plug-in hybrid versions (see panel), alongside traditional petrol and diesel incarnations. The plug-in hybrid (PHEV) has the lowest emissions of all models in the Kuga family, and also offers the longest range of zero-emission running.

What range does it have?
Ford quotes an official electric WLTP-rated range of 35 miles for all Kuga PHEV models. However, we witnessed a test high of 41 miles while the test car was with us.

How long does it take to charge?
The slowest charge time for the Kuga PHEV is six hours, when the car is plugged into a 230V/16A three-pin outlet. A 7.4kW wallbox refills the Ford's 14.4kWh lithium-ion battery in approximately 3.5 hours, and Ford offers an EVBox Elvi unit as a £798 option. As with most other PHEVs, a 50kW public rapid charge point can refill the battery to 80 per cent in around 30 minutes. All Kugas come with an embedded modem, and the FordPass smartphone app gives access to charging point locations, remote pre-conditioning, as well as notifications of the PHEV's battery charge level.

How does it drive?
Even without the ST-Line body styling kit, the new Kuga looks much more dynamic than before, its rakish appearance aided by the swept-back windscreen, body coloured finishes, and 19-inch alloy wheels. Some might question the prominent front grille, but overall the Kuga is handsome family car. Inside, there's a premium air to the cabin, through the use of largely high-grade materials, and the inclusion of features such as a 10-speaker Bang & Olufsen premium audio system and a colour 12.3-inch digital instrument screen. Apple CarPlay and Android Auto are also included, and the PHEV is almost as practical as other Kugas, its 575 litres of luggage space only 70 litres fewer thanks to the installation of the electrified drivetrain.

Four modes allow Kuga drivers to switch that drivetrain to best suit the predominant driving conditions. The default EV mode switches between the electric motor and petrol engine, depending on the available battery charge, and the Battery Charge setting offers the option to charge the battery using the petrol engine. EV Now mode determines electric-only running until the battery is almost depleted, at which point the hybrid mode switches back in, and EV Later saves battery charge for later use. When this mode is chosen, hybrid operation becomes the default. The system works well, the modes easily selected by a button on the transmission console. It's easy to get good economy from the Kuga PHEV, as during our test it prioritised electric-assisted running more than other PHEVs we have experienced, especially around urban areas.

A further set of five drive options – Normal, Eco, Slippery, Sport and Deep Snow/Sand (the Kuga PHEV is front-wheel drive) – can also be chosen to suit drivers' preferences. These adjust the CVT automatic gearbox ratios and performance, as well as steering weight and feel. The level of regenerative braking can be increased by selecting the 'L' transmission shift position, and is highly effective, almost allowing one-pedal driving. To help improve efficiency, the Ford's electronic air conditioning is powered by energy from the high voltage battery.

On the road, the plug-in Kuga is highly refined. In a similar way to Toyota's RAV4, it is fitted with a 2.5-litre four-cylinder Atkinson cycle petrol engine under its shapely new bonnet, which deals with hybrid to electric transitions almost imperceptibly. Under hard acceleration the CVT transmission does make its presence felt, but external noises are kept a minimum by way of acoustic windscreen glass. The Kuga PHEV can travel on electric power up to 85mph, its 0-62mph time of 9.2 seconds suggesting a brisk rather than electrifying pace.

Imbued with Ford chassis DNA and with the batteries mounted low to aid the centre of gravity, the Kuga handles enjoyably well and turns in sharply. There's agility rarely found in the SUV class, yet the plug-in Kuga also rides comfortably, soaking up bumps with poise. The new Kuga is the first SUV to be based on Ford’s new global front-wheel drive flexible 'C2' architecture which aims to improve fuel efficiency, as well as reduce weight by up to 80kg against comparable outgoing models. A greater use of aluminium has brought benefits: the suspension control arms cut 6.8kg, a composite-aluminium bumper beam shaves 6.1kg, and a lighter braking system sheds 0.8kg. Optimised underbody shielding, door seals and flush-mounted roof rails also reduce drag by up to four per cent in the quest for class-leading efficiency.

Why does my fleet need one?
The new Kuga PHEV is a very well-equipped, practical, and enjoyable drive. Fitted with a highly economical and extremely usable electrified plug-in drivetrain, there's a great deal of appeal in Ford's first mass-market plug-in hybrid.