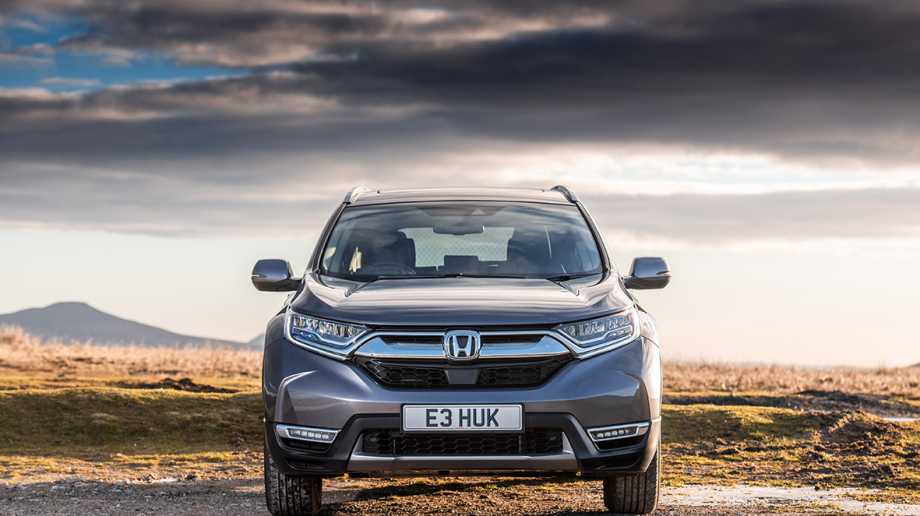 What is it?
Honda’s CR-V first burst onto the new car scene in 1995 and has since become the world’s best-selling SUV.

The fifth-generation of the Japanese ‘Comfortable Runabout Vehicle’ was launched in the UK during the summer of 2018 and the Hybrid model joined the range in the autumn.

The first step in achieving Honda’s objective of electrified powertrains for 100 per cent of its European sales by 2025, the CR-V Hybrid employs the company’s Intelligent Multi Mode Drive (i-MMD) hybrid technology and is the first Honda hybrid SUV available in Europe.

How does it drive?
The latest Honda CR-V takes cues styling cues from previous models, but updates them with broader wheel arches and sharper contours, as well as distinctive L-shaped LED tail lamps.

A 30mm longer wheelbase means improved interior accommodation and the cabin itself is more premium-feeling than before, the horizontally-designed layout and soft-touch materials creating a more upmarket ambience.

The CR-V Hybrid’s i-MMD powertrain uses a 2.0-litre petrol engine running on the Atkinson Cycle, two electric motors, and a lithium-ion battery. One motor is used for propulsion, with the other being a generator.

When cruising, the Engine Drive mode is the most efficient, and can be ‘boosted’ by the electric propulsion motor. It’s also the only mode which engages the petrol engine to drive the wheels directly.

On the move the i-MMD shuffles the modes imperceptibly to maximise efficiency and the CR-V Hybrid moves along in a very serene style.

Sport, Normal, Economy and EV-only modes can be selected by the single-speed eCVT gear controls, which are located on the centre console.

Regenerative braking can also be modulated by paddles on either side of the steering wheel. It’s easy to achieve good economy, too, and the car has a relaxing and calming gait with a comfortable ride and failsafe handling.

The Vehicle Driver Information Interface displays the car’s drive status at any given time and shows how the energy sources combine to produce the power, while readouts show the lithium-­ion battery’s charge, power flow and the overall system’s recharging status. Honda has kept things simple, and there is no plug-in option.

How economical is it?
Honda quotes an official combined cycle fuel economy figure of 38.2mpg on the new WLTP testing programme for the CR-V Hybrid EX along with similar values for the other four-wheel drive models.

Under the same regime, the two-wheel drive S, SE and SR record an average of 40.9mpg.

What does it cost?
Available in four trim levels, the S kicks off the Honda CR-V Hybrid range at £30,130 is only available with two-wheel drive.

Top of the range EX CR-V Hybrids add a heated steering wheel and rear seats, a head-up display and a panoramic glass roof. Honda’s Sensing safety technology suite is standard on all models.

How much does it cost to tax?
CO2 emissions are 120g/km for two-wheel drive CR-V Hybrid models and 126g/km for the four-wheel drive specification cars, although it makes no difference to Vehicle Excise Duty.

All versions of the Honda CR-V Hybrid cost £160 to tax in the first year, dropping to £145 thereafter.

In terms of company car taxation, the range-topping EX will cost drivers £184 or £368 per month, at 20 or 40 per cent rates respectively.

Why does my fleet need one?
Spacious, comfortable and efficient, the Honda CR-V Hybrid is a sign of things to come from the Japanese brand.

Offering a relaxing and calming driving experience with impressive economy, the new family-friendly Honda Hybrid is a stylish, practical and pragmatic choice in the world of self-charging hybrid SUVs.