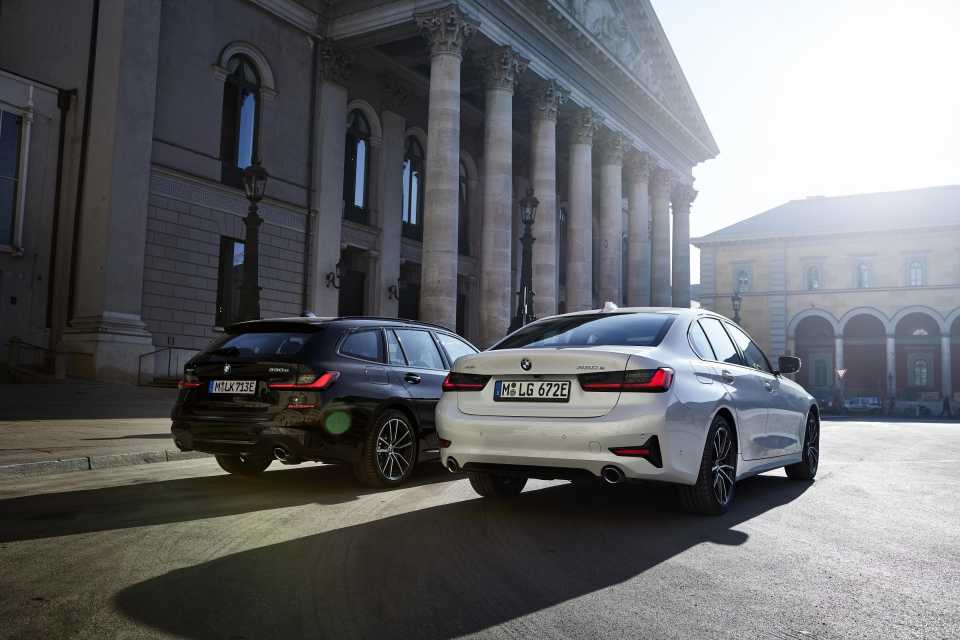 The electrified BMW 3 Series line up will be expanded over the coming months to include four plug-in hybrid models.

Following the successful launch of the new BMW 330e Saloon, the new BMW 330e Touring will be available from summer 2020. To complete the four-model line-up, both models will be offered from the summer with the intelligent all-wheel drive system, BMW xDrive, as well as rear-wheel drive.

The plug-in hybrid models in the new BMW 3 Series owe their increased electric range to the latest advances in battery cell technology. Their lithium-ion batteries, designed specifically for each model and manufactured by the BMW Group, have a gross energy content of 12.0 kWh and a capacity of 34 Ah.

The battery cells, produced according to BMW Group specifications, have an exceptionally high storage capacity and extensive energy supply. The electrical energy stored in the high-voltage battery is also used to supply the vehicle electrical system. This means that a generator powered by the combustion engine is no longer necessary, thereby further increasing the efficiency of the system. A 40-litre fuel tank ensures a combined range that is suitable for long-distance travel, highlighting the capabilities of the plug-in hybrid models as touring vehicles.

Brake-energy recuperation provides highly efficient battery charging on the move. With a BMW i Wallbox, these charging operations can be completed within 2.4 hours up to 80 per cent of its total capacity and 3.4 hours to achieve full capacity. The high-voltage battery can also be charged at conventional household sockets, using the standard charging cable.

Using this method, the completely discharged battery can absorb 80 per cent of its total capacity within 4.2 hours while 5.7 hours is the estimated period required for a 100% recharge.

The plug-in hybrid system of the new BMW 330e Touring also comprises a 2.0-litre 4-cylinder petrol engine with BMW TwinPower Turbo Technology and an output of 184hp, along with an electric motor integrated in the 8-speed Steptronic transmission, which generates a peak output of 113hp. The total system output of 252hp can be increased by an additional 40hp for up to 10 seconds to deliver a total of 292hp under especially high loads - all helping to maintain the 3 Series’ sporting heritage. This standard XtraBoost is available in SPORT mode, which can be activated by the driving experience switch. The maximum system torque of the plug-in hybrid drive in the new BMW 330e Touring is 420Nm.

XtraBoost is also available during kickdown manoeuvres and after shifting the selector switch to the M/S position. The sporting characteristics of the new BMW 330e Touring are further underlined by model-specific drive-sound tuning, a direct yet precise accelerator pedal curve and a specific shift programme as part of the 8-speed Steptronic transmission that includes brake downshifts.