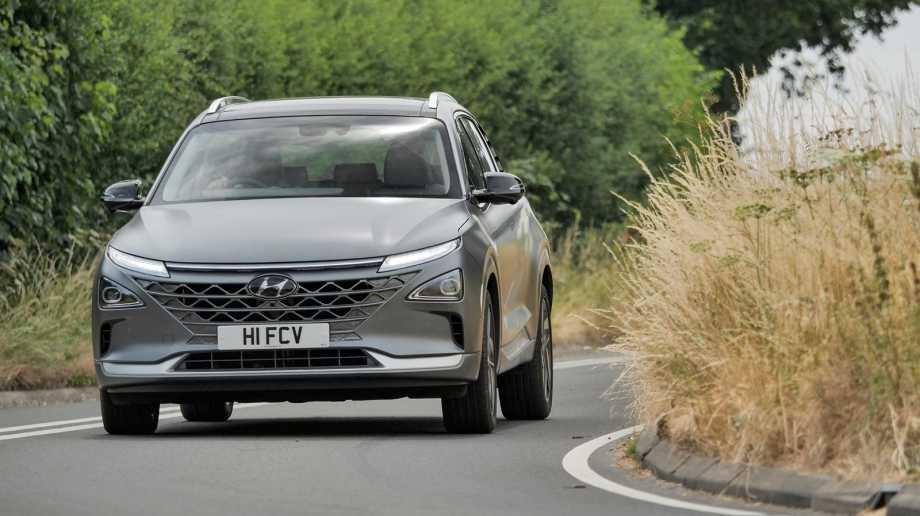 What is it?
The Nexo is Hyundai’s second-generation hydrogen fuel cell electric vehicle (FCEV). Its first, 2013’s ix35, was the first mass-produced FCEV. Launched in 2018, Hyundai has designed the Nexo from the ground up as a fuel cell vehicle with fewer compromises than the ix35, and it showcases the South Korean manufacturer’s autonomous and future technologies. The Nexo and the Toyota Mirai are the only hydrogen fuel cell passenger cars on sale in the UK.

How does it drive?
It’s silhouette may represent a traditional SUV, but from the outset, Hyundai imbued the Nexo with modern design flourishes that reflect its advanced powertrain. A 4.6-metre-long SUV, the Nexo’s subtly curvaceous shape, crystal-like lights and electric pop-out door handles give it a premium appearance, which is echoed inside. A silver-finished, wide centre console ‘bridge’ and light, high quality textures and fittings are in keeping with the Hyundai’s almost £66,000 price tag. The 12.3-inch colour touchscreen infotainment screen sits under the same cowl as the driver’s seven-inch TFT digital display, creating a high-tech feel, and similarly to a battery electric car, it imparts information on potential driving range as well as fuel cell management.

Aerodynamics also help optimise the Nexo’s efficiency. Front bumper and D-pillar ducts, and a flat underbody help achieve a drag coefficient of 0.329 and smooth the Nexo’s passage through the air. Powered by a 120kW/161bhp electric motor, there’s also a 95kW fuel cell stack and 1.56kwh lithium-ion battery. That equates to a 111mph top speed, and with torque of 291lb ft (395Nm), the Hyundai accelerates with the same brio as a battery electric car.

A single-speed transmission makes the Nexo easy to drive. Centre console-mounted driving mode buttons allow for further fine tuning, and paddles behind the steering wheel offer four strengths of regenerative braking. On the move, the Nexo exhibits typical electric car traits. Quiet and calming to drive, the steering is light, the ride is comfortable and the Nexo goes about its business very serenely. As you drive, an advanced air purification system filters out 99.9 per cent of very fine dust particles – the amount of air purified is shown on the central display screen.

What range does it have?
With its three high-pressure hydrogen tanks which have a capacity of 156.6 litres, the Nexo has an official quoted estimated range of 414 miles under the Worldwide Harmonised Light Vehicle Test Procedure (WLTP). That’s the greatest of any hydrogen-powered passenger car currently available – the Nexo is also the sole fuel cell SUV on sale – and is comparable to many internal combustion-engined (ICE) vehicles.

How long does it take to refuel?
Most battery electric cars take between 30 minutes and a number of hours to recharge, but because their electricity is made in the on-board fuel cell stack by an electrochemical reaction between the hydrogen ‘fuel’ and oxygen, fuel cell cars can be refuelled in a similar way to an ICE vehicle. Drive to a hydrogen filling station and the Nexo’s hydrogen tanks can be refilled in as little as five minutes and although they are pressured to 700 bar, the car also has 350 bar refueling compatibility.

While the refill time is comparable to an ICE vehicle, sadly, the number of publicly-accessible hydrogen filling stations isn’t. UK hydrogen refueling infrastructure is still in its infancy with just 14 operational fill-up points. Only six of those are publicly accessible, but, that number is set to grow with a further 65 planned by 2030. We refuelled at the ITM Power station at the Centre for Engineering and Manufacturing Excellence (CEME) Rainham campus which serves East London. Using energy from CEME’s solar photovoltaic array, it makes renewable hydrogen on-site and is part of the European HyFive project funded by the Fuel Cells and Hydrogen Joint Undertaking (FCH JU).

What does it cost?
There is only one model in the Nexo range, the highly-specified Premium SE. Hyundai has kept things simple, but hasn’t shied away from loading the Nexo with equipment, as you’d expect from the £65,995 price, which includes the government’s £3,500 Plug-in Car Grant (PiCG).

How much does it cost to tax?
Because the Nexo is essentially an electric car, it is tax-free in the first year of registration. However, as the list price is over the £40,000 ‘Premium Rate’ cap (even when the PiCG is deducted), from year two to year six the Nexo attracts a hefty £320 charge.

It’s better news on the Benefit in Kind (BIK) company car tax front, though, as the fuel cell Hyundai is in the lowest 16 per cent band. A recent review of BIK rates for 2020 onwards will see Nexo drivers pay no company car tax from 2020-2021, along with other electric cars. For 2021-2022, all zero-emission vehicle drivers will pay one per cent, rising to two per cent in 2022-2023.

Why does my fleet need one?
Like the highly successful Kona Electric, the Nexo is a very capable and hugely impressive addition to the zero-emission car pool. Simple to use with a well built and premium feel, and with an enviable potential range, the hydrogen-powered Hyundai’s success will, in part, be determined by the refuelling infrastructure. That aside, though, the GreenFleet Electric Vehicle Manufacturer of the Year 2018 has confirmed that it when it comes to clean mobility, it is a major force to be reckoned with. 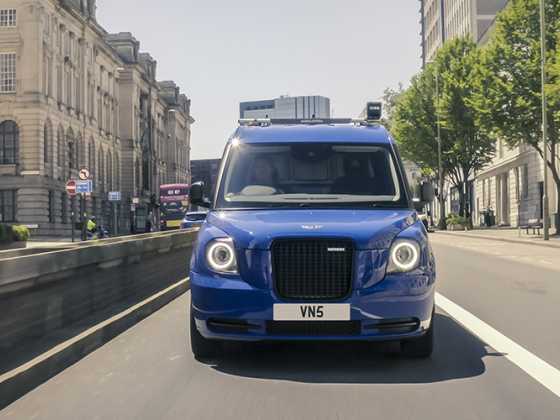