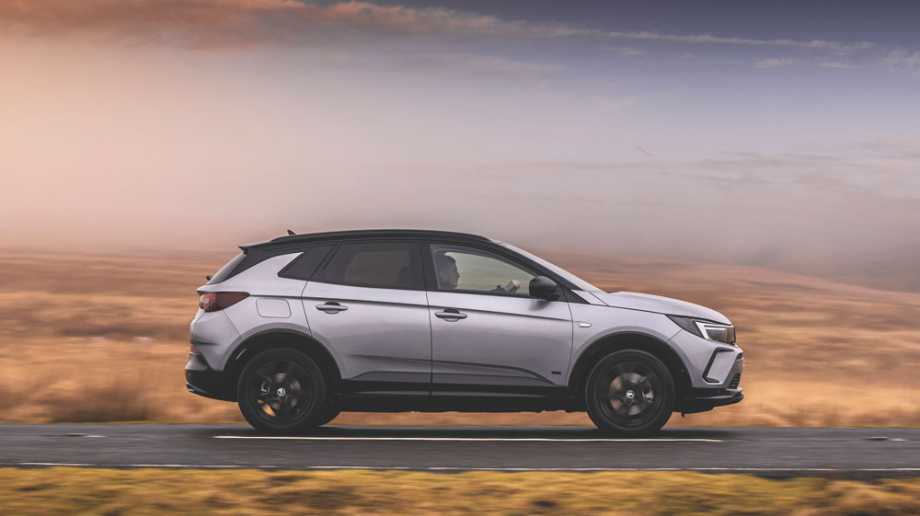 Competing in the highly important C-SUV segment, the Grandland plays a vital role in the UK for Vauxhall. Richard Gooding discovers the improved levels of technology and low emission PHEV powertrain should appeal to fleet drivers and managers alike

Launched in 2018, the Vauxhall Grandland is a family sized SUV which shares technology with other Stellantis group models, including the Peugeot 3008 and 5008. Then called the Grandland X, a revised model was announced in summer 2021. Once again available with a plug-in hybrid powertrain – as tested here – the Grandland Plug-in Hybrid-e’s ‘Efficient Modular Platform 2’ (EMP2) multi-energy platform is also shared with its non-electrified petrol and diesel siblings.

In line with other cars of its type – a plug-in hybrid with a petrol engine and an electric motor and battery – the Grandland PHEV has a WLTP-certified zero-emission range of up to 39 miles.

Vauxhall quotes a charging time of one hour and 45 minutes to charge the Grandland Plug-in Hybrid-e’s 13.2kWh lithium-ion battery when using a 7.4kW home wall box charger. On a domestic mains socket, that time increases to five hours and 45 minutes. A 3.3kW on-board charger is standard, with a 6.6kW device available as a £500 option.

Externally, the new Grandland has more of a visual impact than before. It wears the latest Vauxhall ‘Vizor’ face, combining a single smooth panel which runs between the LED headlights. This houses sensors and radar for the numerous driver assistance technologies fitted as standard. GS Line and Ultimate-spec cars gain high-gloss black exterior fittings that smarten up the appearance still further.

Interior changes are equally visible. The refreshed Grandland is fitted with Vauxhall’s ‘Pure Panel’ dashboard, as seen on other models such as the Mokka Electric. Effectively two digital screens – a 12-inch one for the driver, and a 10-inch infotainment display – the set-up looks good and works well. Physical shortcut buttons underneath the infotainment display also mean you’re not needlessly prodding a screen, and we’re also pleased to see similar controls for the climate control.

On Plug-in Hybrid-e models, the central touchscreen shows powertrain information, including an energy flow display, and drivers can also manage the e-Save function. This sets aside a specific level of battery charge to be preserved for later parts of a journey. Preset levels of six, 12 or the maximum EV range can be chosen.

On the move, the 1.6-litre petrol engine offers up good acceleration and is smooth when in default ‘Hybrid’ mode. Two additional driving modes – ‘Sport’ and ‘Electric’ – engage more performance and zero-emissions running, with an additional ‘B’ setting on the eight-speed automatic gearbox for increased regenerative braking. As on other so-equipped Stellantis models, this works well, and you can almost ‘one-pedal’ drive.

The Grandland Plug-in Hybrid-e handles neatly enough, but it’s best not to hustle the Vauxhall SUV and enjoy its long-legged refinement. While comfort suffers a little when compared to ICE-engined versions due to its firmer suspension, the plug-in hybrid Grandland’s ride is by no means jarring. There are good levels of grip, too, although the extra weight of the PHEV powertrain means a little of its siblings’ agility is lost. All Grandland Plug-in Hybrid-e models are front-wheel drive.

The Grandland Plug-in Hybrid-e is classed as an ultra-low emission vehicle so qualifies for the £10 Alternative Fuelled Vehicle (AFV) VED discount. This effectively wipes out its first year registration charge of £10. Thereafter, at the time of writing, drivers of the Vauxhall PHEV will pay £155 with the AFV discount applied. Benefit in Kind (BIK) for 2022-2023 is 14 per cent.