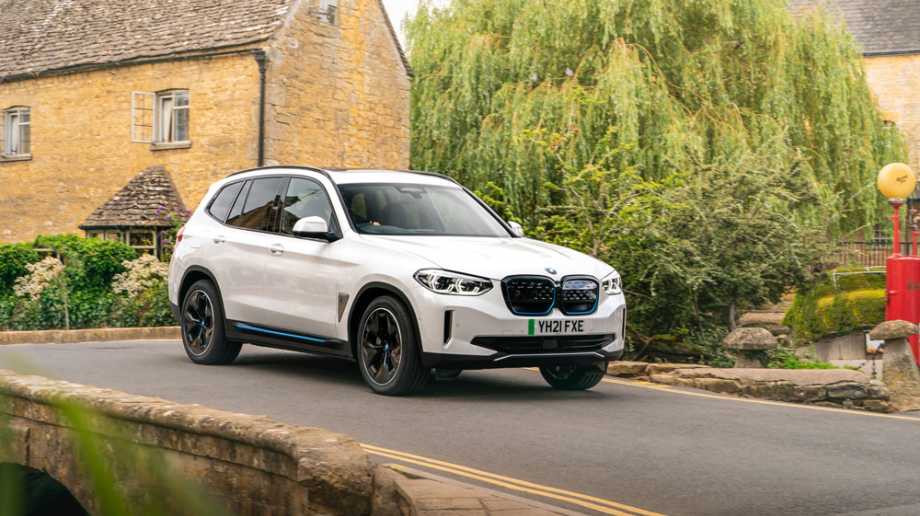 The i3 and the iX may feature most in BMW electric car headlines, but with more conventional looks and an undeniably driver-focused powertrain, Richard Gooding finds that the i4 could be one of the best and understated electric cars on the market

What is it?
On its unveiling in the summer of 2013, the BMW i3 showcased the ambitions of the German manufacturer’s electric ambitions. Its first all-electric production car, the i3’s unconventional appearance and lightweight carbonfibre reinforced polymer and aluminium construction was a serious sign of intention that BMW meant business when it came to its zero-emission future.

Just out of production, the i3 has passed the baton to a variety of both electrified and electric models since then. The iX1, IX3, and boldly styled iX flagship take crossovers and SUVs into all-electric terrority, while the i4 and i7 fly the zero-emissions flag for more traditional saloons. The i4 is the closest thing at the moment to an all-electric 3 Series, and strikes at the heart of BMW’s fleet model range.

Effectively an all-electric version of the 4 Series Gran Coupé liftback hatch, the i4 comes with a choice of two powertrains – the single-motor and rear-wheel drive eDrive40, or the BMW M Division’s first i model, the all-wheel drive i4 M50.

What range does it have?
Officially, the i4 eDrive40 has an 83.9kWh lithium-ion battery, but in reality, its usable capacity is 80.7kWh. However, that’s still more than enough for a range of up to 365 miles in Sport configuration, dropping slightly to 352 miles for our test car’s M Sport spec. The i4 eDrive40 is rear-wheel drive, with a single motor on the back axle. The performance-orientated i4 M50 has twin motors on both axles and is all-wheel drive. Using the same 80.7kWh battery but with a significant performance upgrade to 536bhp over the 335bhp of the i4 eDrive40, i4 M50 models can travel up to 317 miles on a single charge according to official WLTP values.

How long does it take to charge?
Using BMW’s fifth-generation eDrive technology, the i4 can charge at speeds of up to 200kW. At a high power/350kW charging station, 102 miles of range can be put back into the car in 10 minutes, with 62 miles of range added in just four minutes. Connect the i4 to a rapid charger, and the same 62-mile top-up takes 18 minutes.

A 7.4kW home wallbox will add the same distance to the battery in just over two hours, while a 2.3kW domestic socket will take a little over seven hours. 11kW of AC power from single or three-phase mains connections will recharge the i4’s battery from 0-100 per cent in just under 8.5 hours. All i4 models have a standard heat pump for optimal charging performance.

As anyone who has driven an i3 will know, BMW’s standard brake regeneration systems offer powerful deceleration but the i4 also has an even more vigourous mode that can be activated by shifting the gear lever into ‘B’. This really does allow for a one-pedal experience.

How does it drive?
In contrast to the i3, externally, the i4 looks little different to any combustion-engined BMW, and very little different to the 4 Series Gran Coupé. In our book, that’s a good thing. Those who don’t want to make a statement need look no further, and the car’s largely conventional lines – the i4 was one of the first new BMWs to wear the company’s new enlarged grille, but it’s toned down here – are relatively understated. The optional £695 Sanremo Green paint finish of our test car suited the i4’s clean proportions.

Inside, the first thing that grabs your attention is the new BMW Curved Display. A frameless curved display that can be interacted with via intuitive touch and voice control, it is made up of two screens – a 12.3-inch driver’s display and a 14.9-inch screen used to control the car and the infotainment settings. Seamlessly joined together, it looks very high-tech, with clear, sharp graphics and uses BMW’s latest iDrive and Operating System 8 software. The 14.9-inch unit can also be controlled by the iDrive click wheel in the centre console, and while the aesthetics are of a high quality, the menus and in particular the driver’s display, can be a little confusing.

Settle into the seat and the i4’s cockpit feels every inch the sports saloon. The cabin is very cocooning and you sit low, further accentuating the ‘sports car’ feeling. As you’d expect, build quality is very good, and one advantage over the i4’s similarly-sized 3 Series sister is its rear tailgate. This opens up to reveal 470 litres of luggage space, increasing to 1,290 litres when the rear seats are folded down.

Set off, and the i4 immediately impresses with its pace given by the 318lb ft/430Nm of torque, and performance is brisk. Three driving modes – Eco Pro, Comfort and Sport – allow tailoring of the driving experience and even in Eco Pro mode, the car is plenty fast enough and performance doesn’t seem notably affected.
However, more impressive than the performance is the way the i4 eDrive40 drives. BMWs are largely famed for their driver involvement and it’s the same story here. The steering is very crisp and highly precise, with keen turn-in, and feels nicely weighted which makes placing the i4 on the road extremely easy. It feels like the driver’s car it purportedly is, but at the same time it’s very comfortable.

The firm suspension actually gives a cushioning capability to the ride, and the damping is very impressive on a motorway cruise. All i4s are fitted with air rear suspension with an automatic self-levelling feature to keep the car at a constant ride height, even when carrying more heavy loads. A 53mm lower centre of gravity than the 3 Series saloon also helps imbue the car with a more dynamic feel than almost all other electric cars of any price and size.

What does it cost?
The i4 range is easy to navigate as BMW has limited the range to just three trims. The i4 eDrive40 Sport kicks things off, priced from £53,480. As you’d expect, standard equipment levels are high, with 17 or 18-inch alloy wheels, ambient lighting, automatic air conditioning, automatic tailgate operation, black alcantara trim, BMW’s Live Cockpit Plus – audio system with DAB+, six speakers and an output of 100 watts – LED headlamps and tail lights, a parking assistant system and a reversing camera.

As tested here, the i4 eDrive40 M Sport costs from £54,980 and adds 18-inch alloy wheels and styling cues from the flagship i4 M50 performance model, including an M Sport spoiler and ‘Aluminium Rhombicle Anthracite’ trim.

The i4 M50 sits at the top of the i4 family and uses a completely different twin-motor, all-wheel drive powertrain to give it 536bhp. Priced from £65,795, it adds more bodywork flourishes and a unique body kit, as well as 19-inch alloy wheels, electric memory front seats, Live Cockpit Professional – including a head-up display – M adaptive suspension, M seatbelts as well as Vernasca leather upholstery and wireless phone charging.

How much does it cost to tax?
Similarly to all electric and zero-emission vehicles, the BMW i4 is exempt from VED charges, both in its first and following years of registration. The electric BMW also attracts a low two per cent Benefit In Kind (BIK) company car taxation value for 2022-2023, which is identical to the following 2023-2024 and 2024-2025 periods.

Why does my fleet need one?
It may not be a totally bespoke and clean-sheet design like the i3, but the i4 marries the ability and driving involvement of a combustion-engined BMW with an all-electric powertrain. Not an easy thing to do, BMW’s engineers have pulled it off with aplomb and the i4 offers fleet drivers who enjoy their driving to have their metaphorical cake and eat it.

However, it can also be a comfortable cruiser when you’re not in the mood, and along with the benefits of fast charging capability combined with a very useful long distance range, the improved practicality over a more traditional saloon should help the i4 seal the fleet deal.