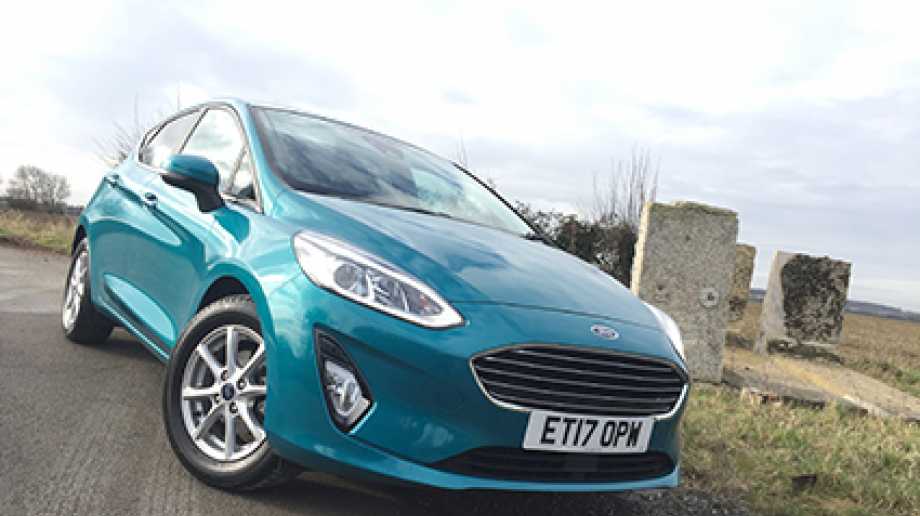 Richard Gooding discovers that with the arrival of the eighth-generation Ford Fiesta comes a raft of driving technologies, as well as an improved interior and enhanced efficiency

The Ford Fiesta needs very little introduction. A perennially prominent car in the UK, the latest version of Ford’s evergreen supermini currently sits atop the top ten most popular cars in the UK chart (by quite some distance), and has been majestically on that throne for the past eight years. In fact, it’s been a favourite in the UK since its was launched in 1976, with almost every driver or family having a Fiesta story. It’s a small car, but a big deal. So, it’s an even bigger event when there’s a new one.

Ford has sold an incredible 16 million Fiestas since it appeared to take on the likes of the first-generation Volkswagen Polo, Renault 5 and Fiat 127, and sold 94,533 in the UK alone in 2017.

Last summer, Ford took the wraps off the eighth-generation Fiesta, and while it treads the evolutionary look path, a range of new connectivity and driver assistance technologies make the new car the most advanced yet.

And while others have shunned the three-door supermini due to diminishing demand, Ford has stoically stood firm and offers both three and five-door versions, as well as a new ‘crossover’-style Fiesta Active.

Because of the same-again looks, there’s no mistaking the latest Fiesta for anything else.

Small details such as the ‘ghost’ LED daytime running lights and horizontal rear lamps mark out the newcomer, but otherwise it’s much the same story as before.

Inside, the new Fiesta is very different to the old, ditching the old car’s mobile-phone inspired and button-laden centre console for a new colour touchscreen infotainment system, which works well: it’s fast, clear, and the colour screen graphics are smooth, with good transitions between functions.

Quality has taken a step up, too, though the new Volkswagen Polo still shades it for overall build appeal.

Ford claims that the new Fiesta has 16mm more rear legroom, but it still feels tight when compared to the small VW and its Spanish sister, the new SEAT Ibiza.

Practicality is largely as before, the three and five-door Fiestas offering 292 and 303 litres of boot space respectively.

Room isn’t the be all and end all, though, and the Fiesta, just as before, puts the focus very much on driving.

The class leader for driving dynamics before, little has changed with the new version.

A 15 per cent increase in torsional stiffness and increased front and rear tracks ensure that the new car easily feels as agile as the old, dancing from corner to corner.

Sharp turn-in and quick steering enables it to scoot around bends and in and out of the urban landscape with ease, and for a car so ‘everyday’, it is both playful and rewarding where most rivals are not.

The gap between it and its rivals may not be so wide as before, but you’d still choose a Fiesta for small car driving fun. Even the ride is comfortable and composed.

As before, the former International Engine of the Year-winning 1.0-litre three-cylinder is perky and a joy to wring performance from.

There’s the usual three-cylinder thrum and the turbocharged motor gives punchy mid-range performance which will satisfy the needs of most drivers.

The benchmark 0 to 62mph sprint takes 10.5 seconds, and even on the move when cruising, the engine is refined thanks to twin-independent variable cam timing and an offset crankshaft.

The eighth-generation Fiesta is the safest yet, too, with improved passive and active safety systems including faster-acting restraint systems, a locking driver’s seat belt tongue and rear seat load limiters and seat belt pre-tensioners.

Ford quotes an official 65.7mpg for the 1.0-litre Ecoboost-engined Fiesta.

Over a 300-mile test distance in more ‘real-world’ conditions, we achieved 48.0mpg. An ‘Eco’ button allows for greater economy wiggle room, by altering some of the car’s parameters.

Safety kit is comprehensive, too, with an ‘NCAP Pack’ consisting of lane keeping, rear seat belt minder and centre seat headrest, and speed limiter systems, as well as automatic headlamps.

Above Zetec – from £17,165 – sits Titanium and Titanium new Fiestas, and if you opt for these, goodies such as 16-inch alloy wheels, auto wipers, cruise control, driver assistance technologies, keyless start, LED rear lights, rear privacy glass and an 8.0-inch touchscreen are included.

Special B&O Play editions based on Zetec and Titanium models offer unique body colours and an upgraded sound system, while £17,165 upwards ST-Line and ST-Line Xs have a more sports-orientated personality. The luxury-orientated Vignale offers opulence and a leather-lined interior.

There is also a new version of Ford’s small best-seller, the Active, with a raised ride height and rugged styling features.

From £17,795, it’s not a full SUV but offers a does of crossover style in a smaller package.

In 107g/km 1.0 Ecoboost Start-Stop specification – as our test car – the new Ford Fiesta attracts a first-year VED rate of £145, dropping to £140 in years thereafter.

The greenest version of the new Ford Fiesta is the 1.5-litre TDCi diesel with 84bhp, which has emissions of 97g/km.

This means the first-year rate of VED is £145, while the standard rate thereafter is the same as the 1.0-litre petrol-engined car.

The most expensive version when it comes to tax is the 1.0 Ecoboost automatic with Start-Stop and 17-inch wheels, which, with 139g/km, is pegged at £205 for the first year, and £140 for those thereafter.

The Ford Fiesta doesn’t crown the most popular cars chart for no reason. A finely judged package, the latest model boosts the small Ford’s reputation.

Overdue, the technological advancements are most welcome, and the updated interior is a revelation.

The balancing act Ford needed to do was to improve the overall package but not lose the drivability strengths of the outgoing car, and on the whole it has succeeded.

Comfortable, a delight to drive, and now with an interior which is much nearer the class best and a raft of welcome technology, the new Ford Fiesta impresses with its broad range of talents.

Very little needs improvement, and the latest version is unreservedly and dramatically continuing its reign as the UK’s most popular car. As an appealing and rounded small car package, it’s hard to beat.