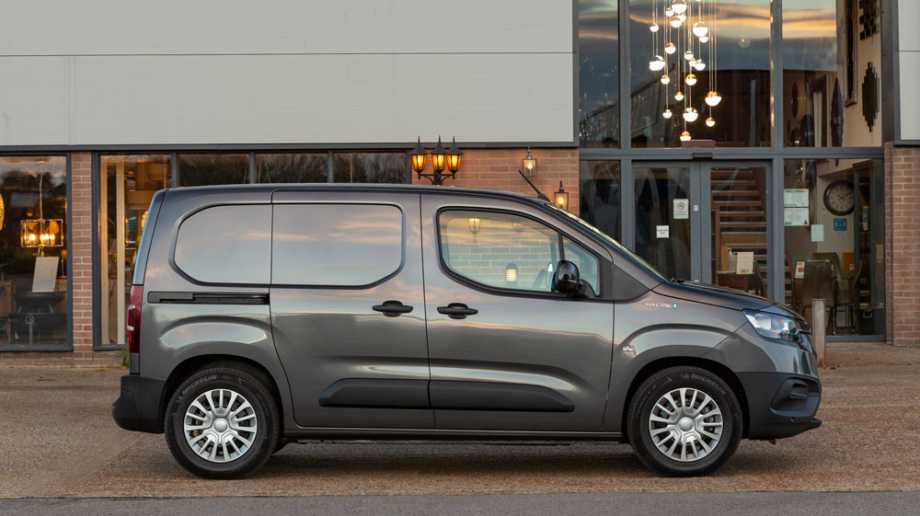 Building on the strengths of the diesel-engined Proace City, Toyota has launched an electric version of its compact LCV. Using a proven powertrain and platform, Richard Gooding finds its practicality, refinement and good on-road manners mean it’s ready for business

What is it?
Toyota loaded up its light commercial family with the Proace City compact van in early 2020. In the same way as it collaborated with the Stellantis group on the larger Proace – a cousin of the Citroën Dispatch, Peugeot Expert and Vauxhall Vivaro – the Proace City can count itself a member of the Citroën Berlingo / Peugeot Partner / Vauxhall Combo compact light van family. All-electric versions of those models were launched in the summer of 2021, the small electric Toyota commercial following in January 2022.

Using the same 50kWh lithium-ion battery and 100kW electric motor as the Stellantis trio, the Proace City Electric can travel up to an official 168 miles of range on a single charge. The battery pack is mounted under the floor, so the EV LCV’s load capacity is unchanged from the diesel-engined versions.

How practical is it?
As with combustion-engined versions of the Proace City, the Proace City Electric comes in a choice of two lengths: 4,403mm ‘Short’ (L1) and 4,753mm ‘Long’ (L2) models. The L1 van tested here has a wheelbase of 2,785mm and a load floor length of 3,090mm with the Smart Cargo load-through system which comes as standard.

The L2 version has a 2,975mm wheelbase and a load floor length of 3,440mm. Both Proace City Electrics share a 1,200mm maximum load height and can easily accommodate a pair of Europallets.

Inside the cargo area, practical touches include a bulkhead, lighting, an in-floor storage box, a rubber floor lining, and six load hooks.

What range does it have?
Rather than just aimed at ‘last-mile’ delivery cycles, the Toyota Proace City Electric has a useful WLTP-tested range of up to 168 miles on a single charge. This means the electric Toyota LCV is just as capable of dicing with inner city traffic as it is travelling further afield.

How long does it take to charge?
Two on-board chargers can be chosen when you order your Toyota Proace City Electric. The standard van comes with a 7kW unit, which refills the 50kWh battery in just over seven hours on a 7.4kW wallbox. This drops to 4.5 hours when the optional £150 11kW on-board charger is fitted.

Both versions will take over 30 hours to refill the battery from a domestic socket, and refill the battery to an 80 per cent state of charge in 30 minutes when connected to a 100kW DC fast charger using the CCS socket. Type 2 cables for connection to a domestic power supply or a wallbox charging system are supplied.

How does it drive?
Like its diesel-engined sisters, there is no denying the Proace City Electric’s Stellantis-derived heritage. But that’s no bad thing, as the overall shape and softly chiselled lines make it one of the tidiest-looking small light commercials on the market. Inside, it’s a similar story, the cabin sharing much of its architecture and switchgear, but, if it’s a successful recipe, why change it?

The materials are decent, and there are nods to modern passenger cars and their high levels of technology. A multifunction leather-trimmed steering wheel is standard, as is a 3.5-inch multi-information display ahead of the driver, nestled in-between an EV dial that replaces the rev counter. Mounted in the middle of the dashboard, and angled towards the driver, is an eight-inch colour touchscreen running Toyota’s Pro-Touch multimedia system, with a pair of USB sockets.

Using a passenger car-derived platform with parts taken from the Stellantis ‘EMP2’ chassis, the Proace City Electric has, as you might expect, car-like ride and handling, with excellent manoeuvrability. Nimble, the van can be placed very easily on the road thanks to its crisp and light steering, making it ideal for town use. It’s comfortable while cruising and quiet, though obviously road and wind noise are more pronounced. There is a slight whine from the electric motor, but otherwise, the Toyota e-LCV is very refined, and is hugely preferable over a diesel.

With 100kW / 134bhp of power and 260Nm / 192lb ft of torque from its motor, the Toyota e-commercial makes good progress. Three driving modes – Eco, Normal and Power – allow the driver to tailor the driving experience depending on road conditions and the van picks up very well in the latter two. ‘Power’ uses the full amount of output available, with ‘Normal’ limiting it to 80kW, and ‘Eco’ to 60kW, benefitting efficiency.

Additional regenerative braking is provided by pressing a ‘B’ switch next to the automatic gear selector, and this really does make a difference at all speeds, sending the energy to help charge the battery every time the driver’s foot is taken off the accelerator pedal. Other useful touches include a reversing camera, which is very handy in a van, regardless of its size.

What does it cost?
Similarly to the battery options, Toyota has played it uncomplicated with the trim levels for the Proace City Electric. Only one version, Icon, is available. Priced from £31,760 ‘on-the-road’ (OTR) including the Office of Zero Emissions (OZEV) Plug-in Van Grant (PiVG) of £2,500, the Proace City Electric Icon includes 16-inch steel wheels with wheel covers, automatic lights and wipers, Bluetooth and smartphone mirroring connectivity, cruise control, front and rear parking sensors, power-adjustable and folding door mirrors, and a host of safety systems.

Why does my fleet need one?
Building on the class-winning attributes of its distant cousins and its own combustion-engined siblings, the Toyota Proace City Electric is a very practical small electric commercial. Enjoyable to drive, refined, and able to carry more than some of its rivals, the Toyota e-LCV is a well-thought out and engineered proposition.

A benefit for fleet users over its competitors is Toyota’s Relax Warranty. After an initial three years or 60,000 miles, the standard warranty can be extended by a further one year or 10,000 miles every time the van is serviced at an authorised Toyota centre, in keeping with its service schedule. This is provided at no extra cost, up to a limit of 10 years or 100,000 miles. Similarly to other EVs, the Proace City Electric’s lithium-ion battery is also covered for eight-years or 100,000 miles.