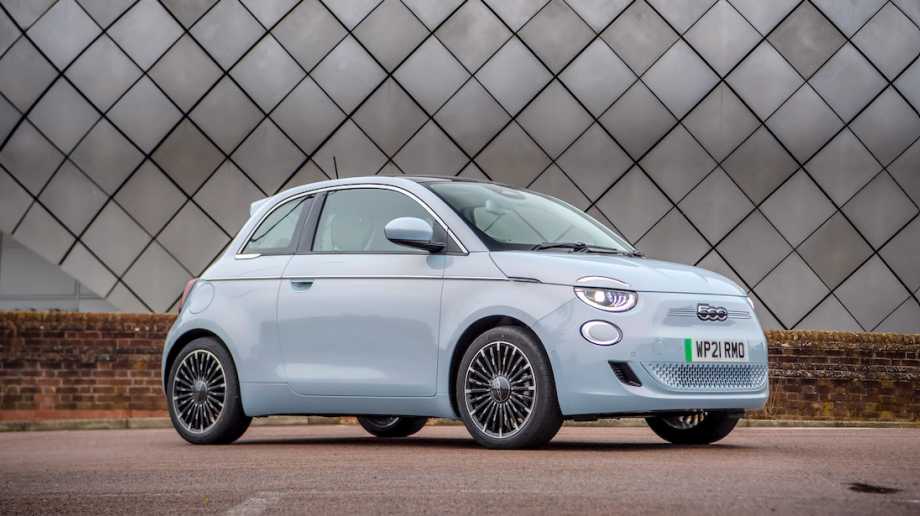 Evolution rather than revolution is often the name of the game, but Fiat has reinvented its 500 for the electric age. Richard Gooding finds that the Italian city car is perfect for such a re-birth

What is it?
The Fiat 500e might have a familiar appearance but don’t be fooled – the car is actually an all-new third generation version of Fiat’s city car icon. Its neater looks bring it bang up to date, but the biggest changes are underneath. Slightly longer, but with a similar wheelbase than before, the new 500 is exclusively electric and built on an all-new and specially developed platform. It also has nothing to do with the previous-generation electric Fiat 500 sold in the US.

What range does it have?
In common with the Honda e and Mini Electric, Fiat has fitted a ‘right-sized’ battery to the 500e. As with these other cars, the electric Fiat is pitched at urban commuters who don’t necessarily need long-distance ranges.

Nearly all versions of the 500e are fitted with a 42kWh lithium-ion battery, good for an official combined range of between 185-199 miles, depending on the trim chosen. The entry-level Action hatchback has a 24kWh battery, giving it an official range of 118 miles. As tested here, the 42kWh La Prima model’s official distance is 194 miles.

How long does it take to charge?
On a domestic 2.3kW connection, it takes just over 15 hours to charge the 42kWh Fiat 500e’s battery. Using an 11kW AC charger takes that down to four hours and 15 minutes, with a 7.4kW wallbox taking around six hours. Most larger battery electric 500s can charge at 85kW, and when connected to a fast charger, a refill to 80 per cent is done in 35 minutes, with enough charge to travel 30 miles put back into the battery in five.

How does it drive?
Open the new Fiat 500’s door and you’re greeted with a more open-feeling cabin than that of its predecessors. Helped by the new electric platform, the lack of a centre console creates the impression of more space. There is a storage console between the two front seats which also features the driving mode and infotainment system volume rocker switches – the gear buttons are positioned beneath the 10.25-inch infotainment system and the air conditioning controls. The infotainment and driving display screens are sharp and clear.

Three driving modes allow different driving styles. ‘Normal’ mode is just that, while ‘Range’ gives a one-pedal option, allowing the 500e to be driven using just the accelerator. Battery regeneration is also maximised under deceleration. ‘Sherpa’ mode is for when the remaining range is low. It optimises battery charge, air conditioning, the speed and acceleration to eke out the available distance.

On the move, the 500e is defined and invigorated by its electric powertrain. Nippy and fun to drive, it has an even cheekier personality than before, and as with the Honda e, you feel you can slot into the smallest of gaps as you scoot about town. Being electric, the 500e’s refinement is impressive, which, along with its range, means it can escape cities, too. A firm ride doesn’t equate to being uncomfortable, and all things considered, the 500e is engaging, entertaining and responsive.

In addition to the hatchback, convertible versions of the 500e are available, priced at around £3,000 more than their closed-roof cousins.

Why does my fleet need one?
It may look similar to its internal combustion engined predecessors, but the all-electric 500 revolutionises Fiat’s beloved 500. In terms of both its powertrain and on-board technologies, it is a big leap forward for the popular city car. It deserves to attract a new set of fans ready to embrace its perky personality and electric efficiency.