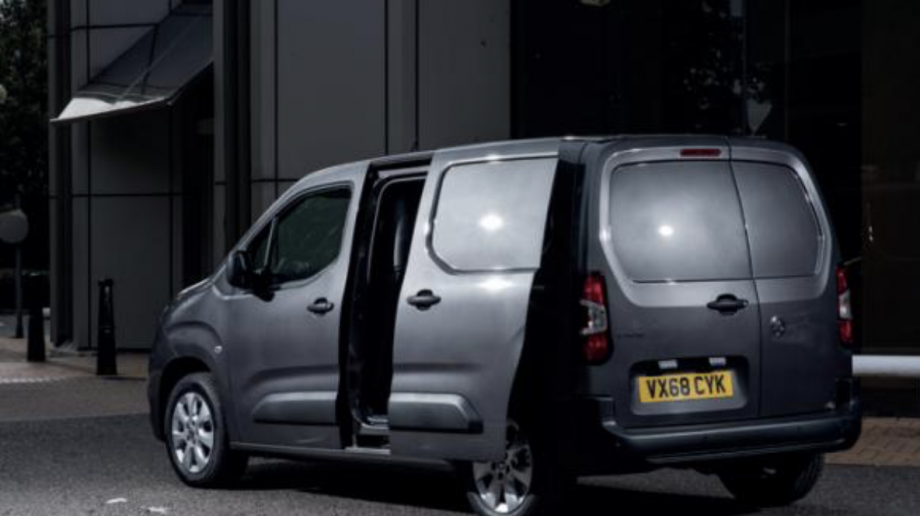 Few may realise it, but the Vauxhall Combo has been around for over three decades. First launched as the Opel Combo in 1986 and based on the second-generation Opel Kadett/Vauxhall Astra, the small panel van was built in the UK by Vauxhall and sold as the Astramax. New models in 1993 and 2001 used Corsa superminis as their bases, but the fourth-generation Combo switched to sharing the Fiat Doblo’s underpinnings and body. With the purchase of Opel/Vauxhall in 2017 by the PSA Group, the latest Combo Cargo is closely related to the Citroën Berlingo and Peugeot Partner, as well as the new Toyota Proace City. The Combo Cargo has won many awards, and was named International Van of the Year 2019.

At the time of testing, the Combo Cargo was available with 1.6-litre, 74bhp and 98bhp turbodiesel engines, rated at 109-114g/km of CO2. The Sportive L1 model tested had CO2 emissions of 111g/km. Revisions to the range since then and the full adoption of Euro 6.2/6.3-compliant engines now result in a choice of 1.2-litre 108bhp petrol or 74bhp, 98bhp and 127bhp 1.5-litre turbodiesel units, emitting NEDC-correlated CO2 values of 106-123g/km. There’s a choice of five or six-speed manual gearboxes, with the option of an eight-speed automatic on the most powerful diesel.

From the outside, the Combo Cargo adopts the same look as its French siblings. And that’s no bad thing. The embossed wheel arches and gently chamfered window pressings recall its PSA relatives, as does the interior, which is much more stylish and better built than before. Vauxhall has recognised drivers will spend a lot of time in the cabin and has provided four-way adjustable seats along with up to 15 places to store items. The optional £700 (excluding VAT) eight-inch colour touchscreen, as fitted to the test van, lifts quality further, and adds impressive car-like usability.

As the Combo Cargo now comes under the embrace of the PSA Group, it inherits the same part-car-derived platform as the Citroën and Peugeot light commercials. The rear of the chassis is taken from the previous incarnations of the Berlingo and Partner, but the front is taken from the PSA Group’s ‘EMP2’ car platform, shared with the Peugeot 308, 3008 and 5008 among others. That means ride and handling are much improved over the previous Fiat Doblo-based Combo, with easy manoeuvrability and a driving experience more closely aligned with a car than a van. The 98bhp and 184lb ft (250Nm) of torque from the new 1.5 engine matches the outputs of the now discontinued 1.6-litre diesel unit of our test van, and will offer sufficient pace for most drivers and situations.

For drivers who work on construction sites and areas of rough terrain, there are four-wheel drive Combo Cargos, too. Offered in both Edition and Sportive trims and starting from £35,558.33, the go-anywhere Combos are equipped with a selectable 4x4 drive system supplied by Dangel which includes increased ground clearance of 185mm, underbody protection for the engine, gearbox and fuel tank, an ‘Eco’ front-wheel drive mode, a viscous-coupling and 215/65 R16 ‘worksite’ tyres. If a full four-wheel drive system isn’t needed, Vauxhall also offers an ‘Intelligrip’ pack, which features five driving modes for differing terrains: ESP on, ESP off, snow, mud and sand. Another useful £260 option is an overload indicator which prevents the risk of overpacking the vehicle and attracting a subsequent fine.

When it comes to taxation, the standard annual commercial VED rate of £260 applies to all Vauxhall Combo Cargo models.

Offering slightly more load capacity than a Ford Transit Connect and Volkswagen Caddy, the new Vauxhall Combo Cargo has good driving manners, and with a choice of two lengths, enhanced and improved practicality. Smart-looks inside and out make the small Vauxhall LCV more visually appealing, and a range of PSA Group-derived petrol and diesel engines bring improved efficiency and refinement. All-wheel drive versions add extra versatility, too. A solid performer with a dose of style, the new Vauxhall Combo Cargo is a welcome addition to the small van sector.