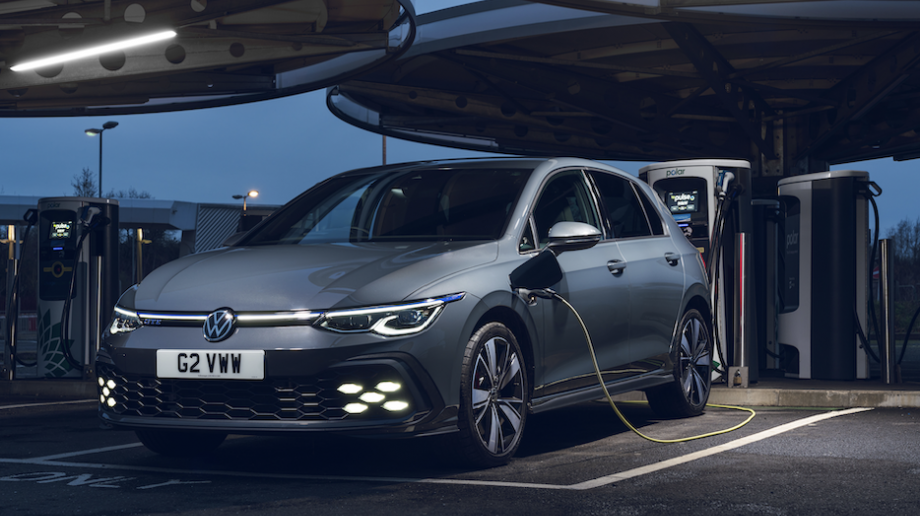 The Volkswagen Golf GTE is the performance hatchback with a conscience. More digital than ever before, Richard Gooding discovers a fleet-focused machine that now has more power and technology, along with a more efficient personality

What is it?
Volkswagen first added the GTE to its performance Golf family back in 2014. Joining the legendary GTI and fast yet frugal GTD, the plug-in hybrid GTE offered near GTI-pace, with one eye on the environment. Powered by a 1.4-litre petrol engine with a 75kW electric motor and 8.8kWh lithium-ion battery, the GTE posted a 0-62mph time of 7.6 seconds, with an electric range of 31 miles.

The 2020 arrival of the eighth generation Golf saw Volkswagen boost the GTE to the same 242bhp as the GTI, enlarging its battery energy content by 50 per cent. No longer the poor relative in terms of power, the GTE now, more than ever, allows sporting fleet drivers to feasibly have their performance PHEV cake and eat it.

What range does it have?
On the WLTP combined economy test cycle, Volkswagen quotes an official electric only range of 40 miles. Refilling the 13kWh lithium-ion battery on a 7.4kW wallbox takes just under four hours.

How does it drive?
On the outside, the Golf GTE is still subtle. Blue ‘GTE’ badges ape the red ‘GTI’ badges on its more famous brother, while both share the same hexagonal LED fog lights at either end of the front bumper. A slim grille – with a blue insert – joins the narrow headlights.

Not much revolution on the outside then. But inside, Volkswagen has digitised the Golf 8’s interior to the extent that there are virtually no physical buttons. Haptic touch surfaces feature on the steering wheel and dash, and although the idea is sound, the sliders at the bottom of the 10-inch central touchscreen aren’t the easiest to use.

Butted up to the touchscreen is a 10.3-inch digital driver’s display. As with the past Golf GTE, the graphics are clear and the system is configurable, and the whole impression is one of quality. That goes for the rest of the cabin, too, and the Golf feels more premium than its newer ID.3 and ID.4 siblings.

On the road, the similarities to the old model and the latest GTI continue. However, the GTE now starts on electric power if the battery is charged, and can be driven up to 80mph in ‘E’ mode. It switches to ‘Hybrid’ mode if the battery’s energy content dips below a certain level, but charge can be saved, increased or decreased, so the GTE can roll into urban areas under electric only power alone.

Cleverly, the battery manager can predictively account for road and topographical data during route guidance to ensure the set battery energy is available when the destination is reached. Four drive modes – Eco, Comfort (the default), Sport and Individual – allow for more fine-tuning. The GTE has pace aplenty, reaching 62mph in 6.7 seconds.

With similar performance as its more celebrated sibling, the GTE does an almost passable impression of the GTI dynamically, too. It handles keenly, if not quite as sharply, and although the suspension is firm, it is comfortable. The six-speed DSG auto gearbox is smooth, but can be quite ponderous, not aided by the small steering wheel-mounted paddles.

Prices start at £36,700, and the GTE gets a GTI-style body kit, LED exterior lighting, 17-inch alloy wheels, and a blue version of the GTI’s famed checked interior seat fabric.

It’s worth noting that a less powerful Golf eHybrid PHEV with 201bhp is also available, priced from £33,640.

Why does my fleet need one?
Pure electric vehicles are fast gaining market share, but for some drivers, plug-in hybrids still present a very compelling case. The idea of a sporting PHEV may sound unfeasible, but the latest Golf GTE proves that performance and efficiency can still be combined into a single package. With the pace to back up its sporting credentials and a useful zero-emissions distance which will be practical for many, it will appeal to those who desire a well-built hatchback which is enjoyable to drive, and, in the right conditions, pleasingly efficient.