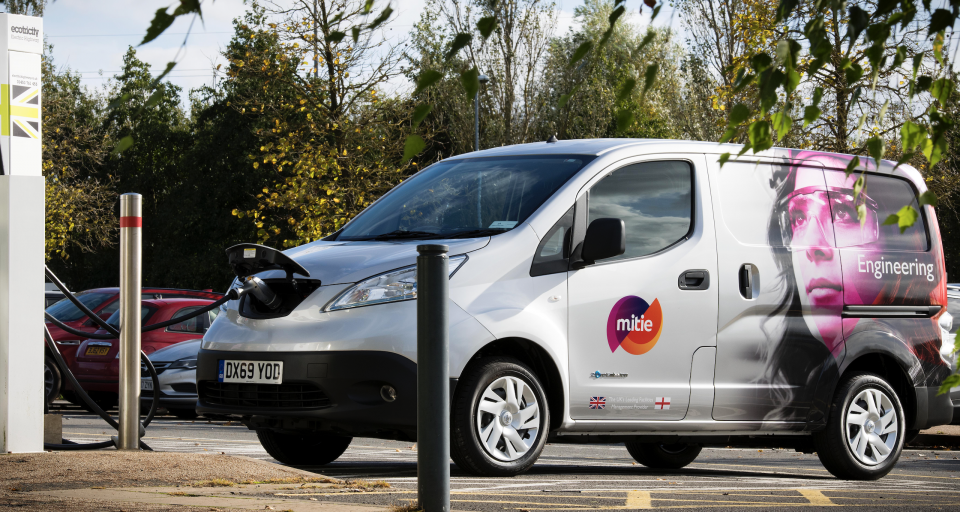 A new survey undertaken by FM company Mitie has revealed that the move to electric vehicles (EVs) has been well received by employees, with 91% of Mitie’s EV drivers saying they’re glad they switched. The results also showed that drivers would encourage more people to follow in their footsteps, with around nine in ten saying that they would recommend switching to their friends and family (89%) and colleagues (92%).

Carried out just over a year after beginning its electric vehicle rollout, this is Mitie’s second fleet driver survey. Mitie employees currently on the waiting list for an EV were surveyed about their perception of switching to an electric vehicle while current Mitie EV drivers were asked to share their first-hand experiences on the benefits and challenges of driving an EV.

Changing cars can be a big lifestyle adjustment, making it unsurprising that almost two thirds (63%) of Mitie drivers waiting for their new electric vehicle have had reservations. However, the research should alleviate these concerns, with over four fifths (82%) of Mitie’s EV drivers saying they didn’t experience any difficulties when making the switch to electric. For the small number that did have difficulties, the most common issues were related to charge point infrastructure and vehicle model availability.

When asked what they like about their EV, drivers said financial savings came top of the list (with 24% of responses), closely followed by reducing their impact on the environment (22%). The benefits of the car itself are also popular, with the vehicles’ technology features (16%) and an improved driving experience (15%) rounding off the top four favourite aspects of switching to an EV.

The electric vehicles also seem to be having a halo effect, with nearly nine in ten (88%) drivers saying that people in their life – friends, family, colleagues and even clients – are now green with envy and want their own electric vehicle. More than three fifths (62%) would now consider switching their second household vehicle to electric.

However, despite the overwhelmingly positive feedback, there are still challenges that need to be addressed. When asked if they disliked anything about their electric vehicles, half (48%) of EV drivers highlighted that issues with public charging, such as a lack of charge points in areas where there’s no off-street parking and problems finding rapid chargers, are a concern. Despite these challenges, a fifth (22%) of EV drivers still said that there’s nothing they dislike about their electric vehicle.

This survey shows that switching to EVs is the right thing to do for fleets and is welcomed by employees. Receiving regular feedback from fleet drivers about the challenges of switching to an EV is a central part of Mitie’s ambitious electric vehicle strategy. Mitie has committed to switching 20% of its car and small van fleet to electric vehicles by 2020 and the rest of its fleet by 2025.

To support companies wanting to make the switch to electric vehicles and to share its EV expertise, Mitie has also launched its EV Fleet Transition Service. This service is designed to help companies with green ambitions by offering an end-to-end solution, supporting them at each stage of the EV transition – from vehicle choice to charging infrastructure, through to travel policies and maintenance.

Simon King, Director of Sustainability and Social Value, Mitie, said: “It’s fantastic to hear that the feedback from our EV drivers has been overwhelmingly positive, with so many colleagues recommending others switch too. However, what these findings demonstrate once again is that charge point availability remains a barrier for many. With charging infrastructure receiving just a fraction of the investment that is spent on our road network, we now need a national approach with more investment from Government and local authorities – especially for communal and on-street parking.

“With our ambitious fleet transition plan ahead, these findings will be key for us to not only accelerate our own EV strategy, but also share expertise and guidance to help even more businesses that are looking to make the switch.”

ClientEarth and businesses call for action on air pollution