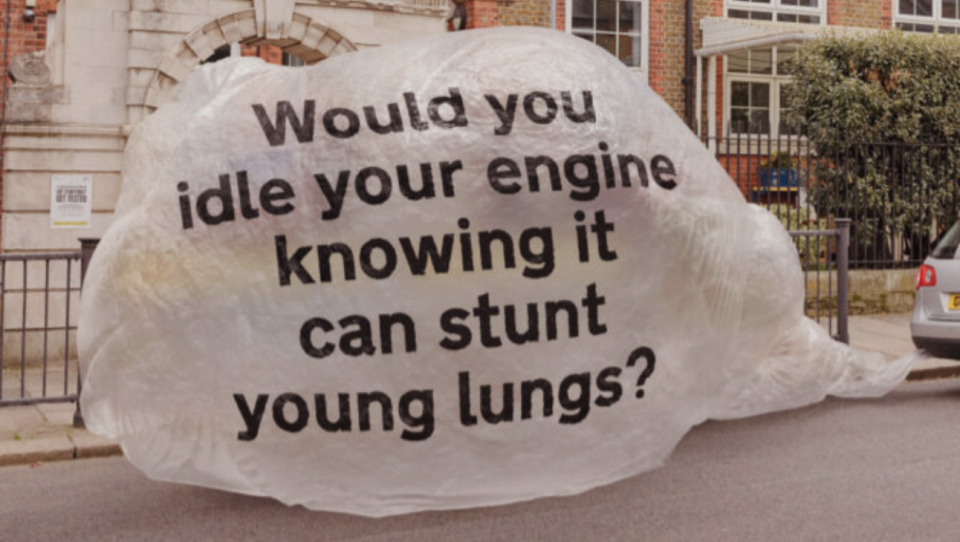 A new London-wide campaign has launched encouraging drivers to turn off their engines when parked to cut air pollution.

Led by the City of London Corporation and Camden Council, and funded by the Mayor of London, the ‘Engine Off, Every Stop’ campaign features posters and billboards on roadside sites and petrol stations across the capital. Radio adverts, videos and social media is also being used to reach drivers.

The four-week project highlights air pollution as an “invisible killer” and a dangerous daily reality for many Londoners.

It is estimated that every year more than 4,000 Londoners die prematurely from long-term exposure to air pollution.

The campaign, which is expected to reach over 8 million people across the capital, is part of Idling Action London, which sees 30 London local authorities and the City of London Corporation joining forces to drive down toxic air.

“Air pollution is the largest environmental risk to public health with up to 36,000 people dying prematurely every year in the UK.

“Switching off when parked is one of the easiest ways to drive that number down.

“This simple change in behaviour will make a real positive difference. We need all of the capital’s drivers to play their part in ridding this city of toxic air and saving lives.”

E10 petrol to be introduced in pumps from September 2021