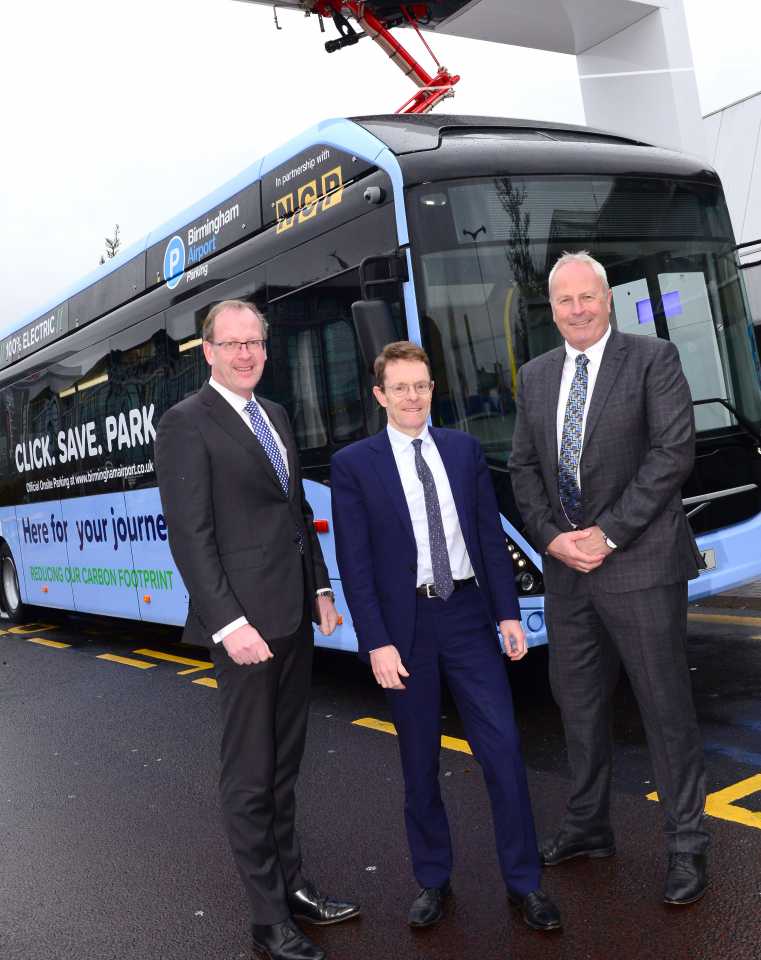 The new fleet, supplied by Volvo Bus UK, is made up of six 7900e single deck electric buses, providing an 80 per cent lower energy consumption than the equivalent sized diesel bus.

The electric fleet introduction follows a review undertaken by the airport into its future vehicle provision and recently announced commitment to become a net zero carbon airport by the year 2033 – ahead of the UK’s 2050 target. The airport has invested £1.8 million in the fleet, with Department for Transport funding also adding £1.4 million through the Ultra Low Emission Bus Scheme.

Each bus will be recharged whilst in service using the ’OppCharge’ opportunity charging pantograph system. Two charging points have been installed outside of the terminal, taking up to six minutes to complete charging, giving flexibility whilst also enabling continuous operation.

Nick Barton, CEO of Birmingham Airport, said: “I’m extremely proud to say we are the first UK airport to implement a fully electric landside bus service. The buses are not only a big win for us in terms of the reduction in emissions, but they will also contribute to providing an improved passenger experience. The 7900e Volvo UK buses are considerably quieter than the buses we had in use previously and are equipped with location-based passenger updates as well as USB charging built into every seat.

“This is a really exciting time for the Birmingham Airport. Over the next 15 years we are investing significantly to improve our facilities and service for customers, whilst reducing our carbon footprint to reach an ambitious target of net zero carbon by 2033. I’d like to thank Volvo Bus UK for supplying the new electric buses and look forward to a greener future at Birmingham Airport.”

Andy Street, the Mayor of the West Midlands, said: "A huge congratulations to Birmingham Airport on the launch of their electric buses. It really is great to see the airport leading the way in the fight against climate change, not only as the first UK airport to implement a fully electric landside bus fleet, but also with its wider commitment to become net zero carbon by 2033. We know around a third of carbon emissions across the West Midlands come from transport, but the good news is that we are making progress to tackle this, with Birmingham Airport's electric bus fleet a prime example.

"In July of this year, the West Midlands Combined Authority took the step to invite youth climate strikers to our board meeting to discuss the issues around climate change. This meeting led to us declaring a climate emergency in the region, and setting our own West Midlands target of becoming carbon neutral no later than 2041 - nine years ahead of the national target. We have a real commitment to change across the West Midlands, with Birmingham Airport paving the way. A big well done to all involved in launching this electric bus fleet.”