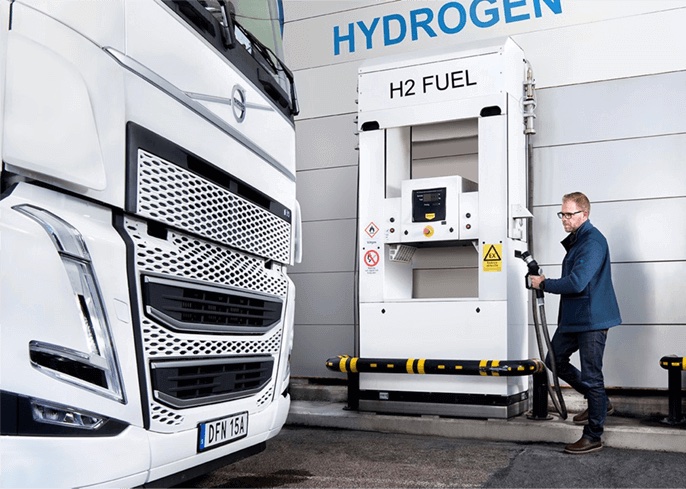 Hydrogen fuel cell vehicles are a promising option for zero emission road freight, however the limited availability of infrastructure and vehicles means this technology is not currently able to meet end-user needs. So what does a viable hydrogen trucking system look like and how can it be achieved?

Following the publication of the IPCC’s Sixth Assessment Report in August, the need for decarbonisation of all sectors of the economy has never been more clear or urgent. In the heavy-duty transport sector, hydrogen fuel cell vehicles are a promising option to support zero emission road freight, however the limited availability of infrastructure and vehicles means this technology is not currently able to meet end user needs. The H2Accelerate collaboration has brought together truck manufacturers and hydrogen infrastructure providers to work together to create a commercially viable, pan-European hydrogen trucking system in the coming decade.

The role of hydrogen in energy systems

Hydrogen can be produced from a wide range of low carbon and renewable energy sources. One such process gaining significant traction in Europe is electrolysis, which produces hydrogen using only water and renewable electricity resulting in zero carbon emissions. Hydrogen can then be stored at scale and transported over large distances to a wide variety of potential end uses in transport, heating, industry, and power generation. Hydrogen is therefore able to act as an ‘energy vector’, effectively storing and transporting large quantities of renewable energy around the world.

By acting as a buffer for renewable energy, hydrogen is able to balance the disparate supply and demand for clean energy through time and across geographies. In energy systems that are increasingly reliant on intermittent sources of renewable energy, such as wind and solar, this enables an increasing amount of energy supply to be sourced from renewables. This energy can then be transported without relying on electricity networks, which may encounter capacity issues as electrification increases across multiple sectors. The varied end uses of hydrogen also make it suitable for decarbonisation of traditionally hard-to-reach sectors such as transport and heating, which currently rely largely on fossil fuels.

Fuel cell trucks use hydrogen as a fuel and offer the potential for a high degree of operational flexibility while producing zero harmful tailpipe emissions.

Battery electric trucks are another zero tailpipe emission solution with the promise of zero carbon emissions when recharged with renewable electricity. While each technology has its own advantages and a mix of both options is expected to be needed within a zero-carbon transport system, hydrogen fuel cell trucks are particularly suitable for long-haul, heavy-duty applications, which require a highly flexible solution.

This sector is of particular importance in achieving climate targets, as while long-haul trucking only makes up 12 per cent of the European fleet, it is responsible for 41 per cent of road freight emissions due to high payload, weight, and distances travelled. Trucks in this use case often travel internationally over multi-day trips, rarely staying in the same location overnight. This leads to a need for vehicles that offer high range, even with heavy payloads, and a refuelling network that is able to serve vehicles across the continent.

Hydrogen fuel cell trucks can meet operators’ needs by providing fast refuelling (under 15 mins) and long ranges (>800km even for the heaviest loads), thereby offering similar operation to diesel vehicles. This gives hydrogen fuelled trucks the long range and flexibility of route that are essential for international travel.

The central aim of the collaboration is to create the conditions for the mass-market roll-out of hydrogen trucks in Europe, by enabling an attractive customer offering that leads to sustained demand for hydrogen trucks. In order to meet end user needs, the collaboration expects that a viable hydrogen trucking system will need to be large scale, as an acceptable cost proposition for end users can only be achieved through economies of scale associated with the transition to series production of trucks, and the development of large-scale renewable hydrogen infrastructure.

A viable hydrogen trucking system will also need to be Pan-European – to serve truck customers travelling between countries, hydrogen suppliers are committing to invest in stations across country borders, to progressively build a pan-European refuelling network. Truck manufacturers are planning to invest in maintenance and repair systems to serve trucks in all locations that can be spanned using the refuelling network.

The coalition also expects a viable trucking system to be customer-centric. The H2Accelerate participants have committed to take a technology neutral stance and use customer preferences and attitudes to define the choice of refuelling technologies deployed over the coming decade.

Achieving the envisioned hydrogen trucking system will require significant investments from both truck manufacturers and hydrogen infrastructure players. These investments must be made at-risk, in advance of demand for hydrogen trucks and fuel from the market.

A viable hydrogen trucking system cannot be created without joint commitments from both truck manufacturers and infrastructure developers. By bringing these groups together, the H2Accelerate collaboration will mitigate the risk for both parties and achieve a rapid, but sustainable scale-up of the hydrogen truck market.

While the H2Accelerate participants are ready and willing to commit to scaling up the hydrogen trucking sector, policy support from the state will be required to enable the early phases of deployment. This is expected to include both capital funding during the high-risk early stage and policy support for subsequent expansion.

The H2Accelerate collaboration envisages the deployment of hydrogen trucks over the coming decade occurring in three phases, each progressively increasing in scale. As the fuel cell truck market scales up, the costs of operating a fuel cell truck are expected to decrease and policy support can be progressively reduced.

The first phase will be “learning by deployment”, where the first hundreds of trucks are placed in the hands of customers, using a relatively limited (but high reliability) refuelling network. During this phase, direct capital subsidies will be required to make an acceptable business case proposition for truck operators, in addition to private financing from hydrogen providers and vehicle manufacturers. The details of long-term policy solutions to enable the business case for hydrogen trucks will be developed in this phase, to allow industry to prepare for the following decade of scale up.

The second phase will involve “industrial scale up”, where the first series production of trucks will occur, and vehicles will be deployed in their thousands. In this phase, the refuelling network will grow across Europe, along key transport corridors. Policy support measures during this period are expected start to transition from capital subsidy for trucks and infrastructure to more sustainable measures, for example in the form of differential road tolls, carbon taxes, etc.

The third phase will be known as “sustainable growth”, where economies of scale have helped to reduce prices across the supply chain and public funding support can be progressively withdrawn in favour of supportive sustainable policy measures.

To support national and European policymakers to develop supportive policy for fuel cell trucks, H2Accelerate partners will publish a whitepaper (expected September 2021) detailing the expected costs of operating fuel cell trucks. This paper will set out recommendations for policy mechanisms and levels of support needed to enable hydrogen trucks to become competitive with diesel vehicles in each of the deployment phases.

Joint commitments from truck OEMs, infrastructure providers, and national and European governments are required to enable the development of a zero-emission trucking system that can meet end user needs.

Members of the H2Accelerate collaboration are prepared to work together, and with government, to facilitate this transition. 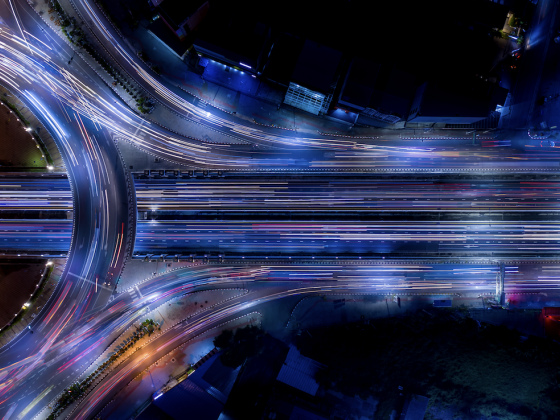 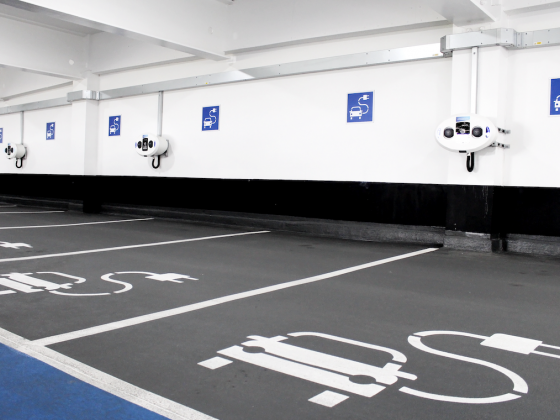 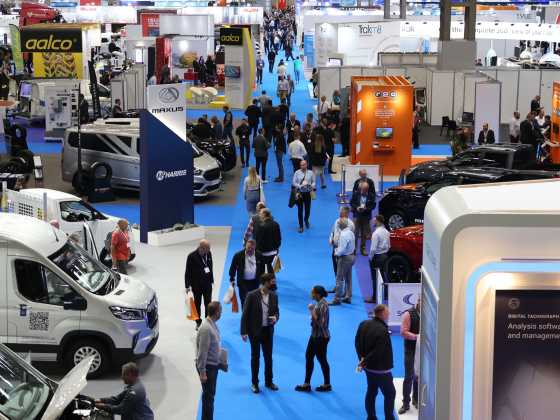 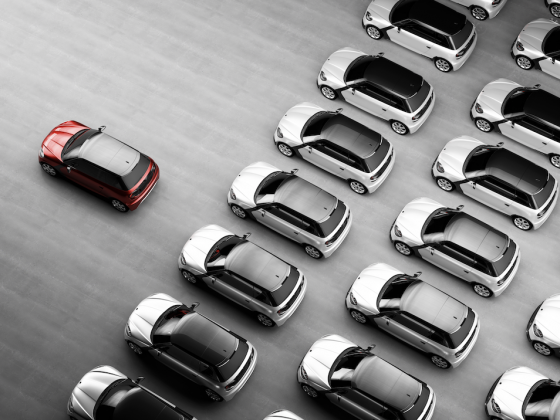 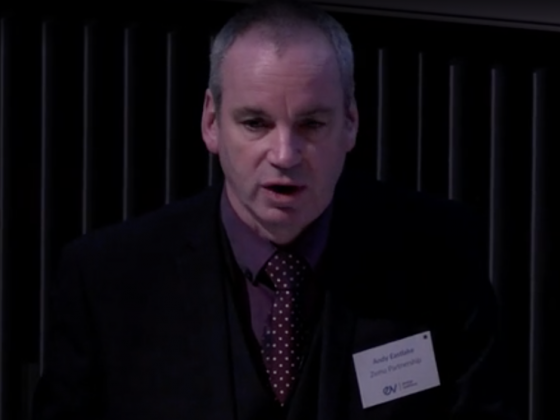