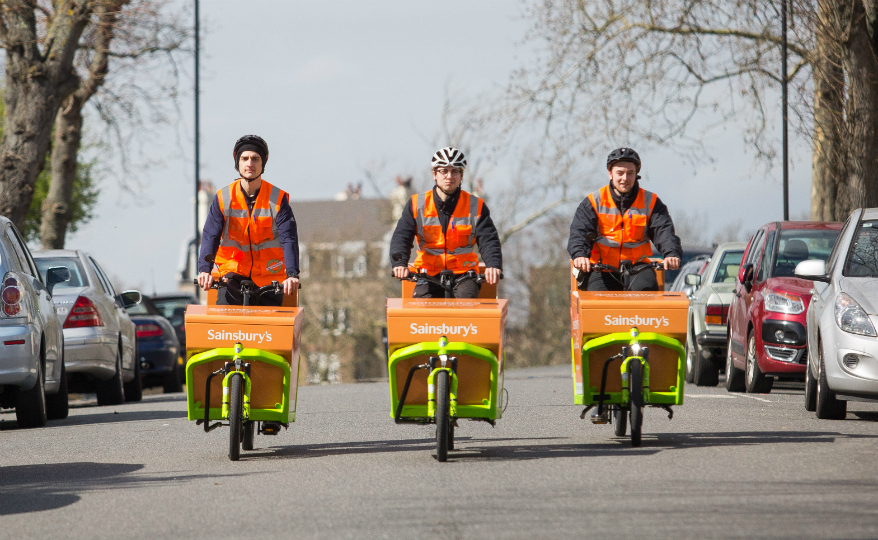 The boom in internet shopping brings with it an increase in delivery vans on the road. To halt this trend, the government has released £2 million to support the uptake of e-cargo bikes

The Department for Transport and the Office for Low Emission Vehicles have announced £2 million of funding to support the uptake of e-cargo bikes.

The aim is to replace older, polluting delivery vans with electric bikes, which will improve the environment and reduce congestion.

In the last year alone, spending online in the UK increased by 15.3 per cent and the latest road traffic estimates indicate van traffic increased by 4.7 per cent to 49.5 billion vehicle miles in 2016. If most of these vans are diesel, congestion and air quality will become even more pressing issues, with pollution levels heightening.

It is hoped the funding will increase the use of electric delivery bikes and will cut the current trend in its tracks.

Jesse Norman, the Minister for Low Emission Vehicles, said: “Support for e-cargo bikes will help to ensure that Britain leads the way in the development and deployment of the technologies of the future.

“Encouraging electric delivery bikes on to our city streets will cut traffic and improve air quality, and will show how these vehicles have the potential to play an important role in the zero emission future of this country.”

Detail about the distribution of this funding will be outlined shortly.

A recent government consultation into greening last mile deliveries has come to a close. The government wanted to understand the scale of opportunity as well as some of the current barriers to delivering goods more sustainably.

It explored how electrically powered e-vans, micro vehicles and e-cargo bikes can provide better service to customers for cargo in comparison to light commercial vehicles.

It asked for evidence into the scale of the potential environmental and other benefits, as well as the barriers. It also asked what incentives might be appropriate to encourage a large-scale shift to clean, last-mile delivery options and measures to improve logistical efficiency, such as urban consolidation centres.

The call for evidence acknowledged that there are a number of considerations concerning the scale and nature of zero-emission last mile deliveries. The UK’s current reliance on conventionally-fuelled vehicles is estimated to be 300,000 HGVs and over 4,000,000 vans.

Range of loads need to be considered; commodities are extremely varied and can include anything from medicines and food, to building materials.

The size of fleet operators also needs to be considered; there are many smaller operators where efficiencies of scale are limited and over 90 per cent of licensed operators have fewer than 61 vehicles.

The government funding builds on previous government-funded UK trials for e-cargo bikes in Spring 2017. The Department for Transport’s Innovation Challenge Fund grant enabled London-based e-cargo Bikes to set up their first Micro Hub on an industrial estate in Islington from which grocery delivery trials with Sainsbury’s were conducted.

The purpose-built bikes had enough capacity to carry several customer orders at a time and delivered up to 100 orders a day.

The aim of the trial was to test whether delivering groceries by electric cargo bike could be a more efficient way of getting groceries to customers living in busy cities. The bikes could use most of cycle lanes in order to avoid traffic, especially during peak delivery hours such as midweek mornings and park closer to customers’ homes than is often possible for traditional delivery vans.

Once customers placed their online orders, Sainsbury’s used routing technology to determine which orders are delivered by a traditional van or by electric cargo bike. The order was then delivered during the customer’s chosen time slot by Sainsbury’s branded bikes and riders.

Clodagh Moriarty, director of online at Sainsbury’s, said: “We’re always looking for new ways to make sure we can best serve our customers and this trial will help us explore whether there might be a more flexible way to deliver Sainsbury’s groceries to those who live in busy cities.”

The trials exceeded expectations in its potential commercial viability and efficiency, which showed that 96.7 per cent of orders could be fulfilled in a single e-cargo bike drop.

Last year, DHL Express started a pilot of a new City Hub concept that enables increased use of cargo bicycles for inner-city deliveries. The City Hub is a customised trailer which can carry up to four containers for the DHL Cubicycle, a cargo bicycle which can carry a container with a load of up to 125 kg. A DHL van delivers the trailer into the city centre, where the containers can be quickly loaded on to two Cubicyles for last-mile inner-city delivery. It can then be reloaded for outbound shipments. The solution significantly reduces emissions by minimising the mileage and time spent on the road by standard delivery vehicles. Each City Hub can replace up to two standard delivery vehicles, with an equivalent CO2 saving of over sixteen tons per year and a significant reduction in other emissions.

DHL has launched two pilots of the City Hub concept – in Frankfurt, Germany and Utrecht in the Netherlands.

John Pearson, CEO of DHL Express Europe commented: “DHL Express has already replaced up to 60 per cent of inner-city vehicle routes in some European countries with cargo bicycles, and we expect that the City Hub and Cubicycle will help us to accelerate this approach in other markets over the next three to five years.

”Bicycles offer a number of advantages in express delivery operations: they can bypass traffic congestion and make up to two times as many stops per hour than a delivery vehicle. The total cost of ownership over their lifetime is less than half of a van. And crucially, they generate zero emissions, which reinforces our own ongoing programme to minimise our environmental footprint and supports city governments’ efforts to promote sustainable city living.”

The Cubicycle, which was developed in the Netherlands and introduced to the DHL network in 2015, boasts a number of features that make it ideal for express delivery operations: the reclining seat for the courier allows greater comfort, safety and speed. It boasts electric pedal assistance for additional speed and support in climbing hills, and it easy to handle, with a tight turning cycle. The removable containers are secure and waterproof, and offer a large volume while not impairing the view of other cyclists. They can be equipped with GPS or IoT transmitters to facilitate real-time shipment tracking and to ensure they can be monitored for security purposes, and they are self-powered through the use of solar panels.

DHL Express has introduced bicycles in more than 80 European cities in 13 European countries to date, including 14 Cubicycles in seven cities. Cubicycle couriers cover on average 30 miles per day.

The government’s plans to increase the amount of cargo bikes will encourage alternate green technologies to counter the increasing usage of diesel delivery vans that has accompanied the boom in internet shopping.

However, sixteen van operators have recently pledged to switch to electric vehicles by signing up to the clean van commitment.

These fleet operators will be investing an initial £40 million over the next two years, purchasing 2,400 electric vans, to signal to manufacturers that the demand is there.

The DfT backed Clean Van Commitment, led by Global Action Plan, is creating a clear signal to government, manufacturers and the National Grid that there is demand for electric vans and they are committed to immediately delivering zero tailpipe emissions. 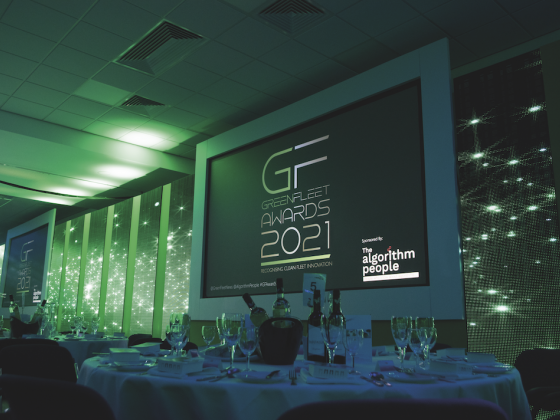 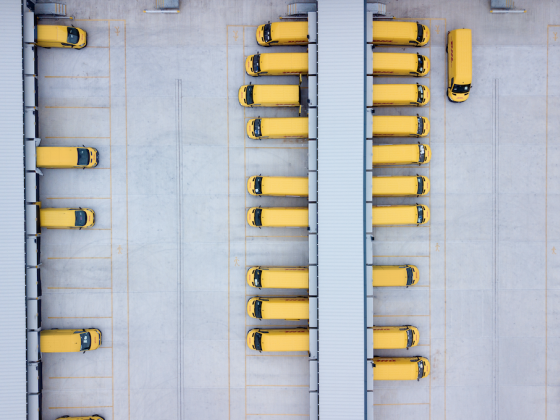 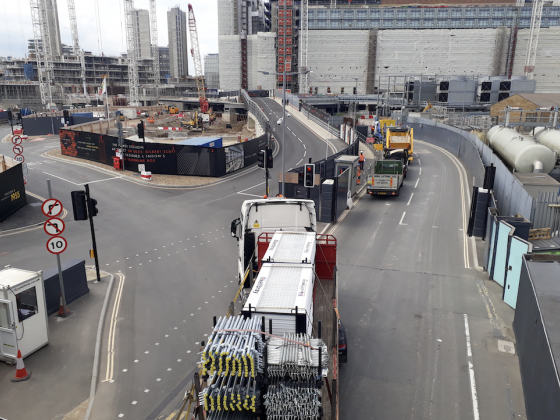 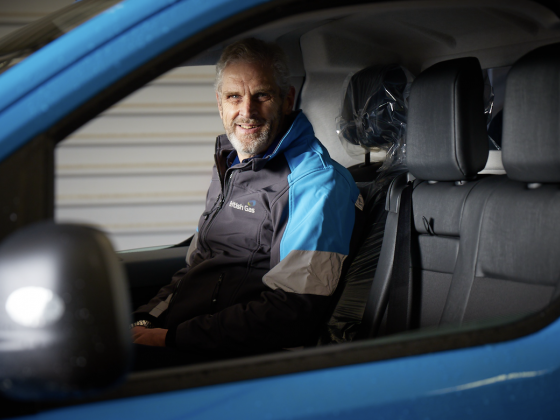 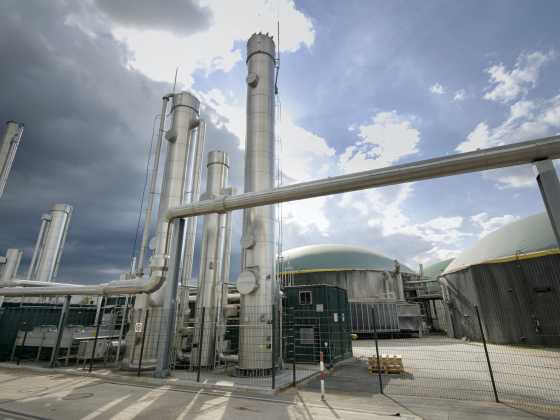 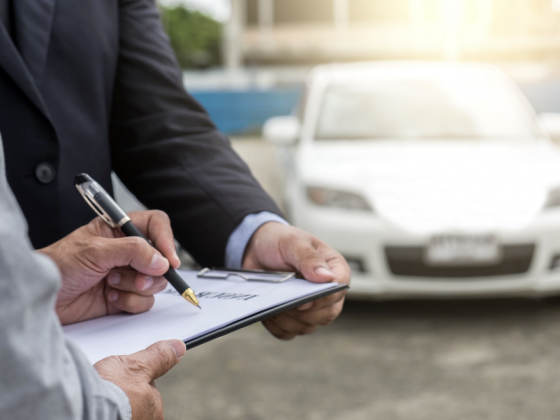