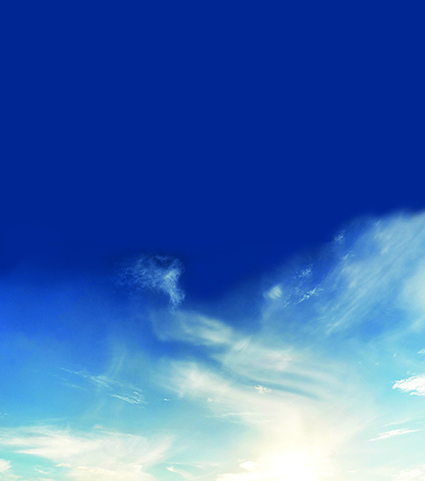 While research suggests that many SMEs are in favour of Clean Air Zones as a response to air pollution, the reality is that smaller firms will be hardest hit by penalty charges or the cost of upgrading their vehicles to meet emissions standards. GreenFleet reports on the matter

Seventy-five per cent of SMEs have said they are in favour of Clean Air Zones (CAZs) to help resolve the problem of illegal air pollution in some cities, despite the cost impact it might have on them.

This is according to the latest quarterly Close Brothers Asset Finance Business Barometer, which examined how responsive firms are to the idea of CAZs.

However, the industry is calling for the fair treatment of SMEs when considering Clean Air Zones, as they are most likely to struggle to absorb the penalty costs, or to upgrade their fleets in the time given.

More than 40 towns and cities in the UK are at or exceeding air pollution limits set by the World Health Organisation.

As such, the government is mandating that Clean Air Zones should be introduced in at least 22 cities in the UK.

Measures are unclear, but city authorities are likely to charge vehicles that do not meet emission compliant vehicles to enter the zones.

These are most likely to be Euro 6 for diesels and Euro 4 for petrol cars.

“A Clean Air Zone is an area in which a local authority has brought measures into place to improve the air quality,” explained Neil Davies, CEO, Close Brothers Asset Finance. “Initially, it was thought that the Clean Air Zones would apply only to buses, taxis and HGVs.

However, this was widened to include non-compliant private vehicles.”

According to the Close Brothers Asset Finance Business Barometer, firms in the North East and London were particularly open to the idea of CAZs, with 85 per cent of companies saying that they are in favour of clean air zones.

Bottom of the regional list was the North West and South East, both at 67 per cent. 75 per cent of those in the transport & haulage sector were positive, while the construction industry was slightly less in favour, at 68 per cent.

“It’s encouraging to see hauliers so positive,” said Neil. “They are often an easy target for critics of vehicle emissions, but like everyone else, they have a stake in ensuring air quality improves.”

Businesses with smaller turnovers were not put off by the prospect of clear air zones, despite many of them potentially being located in these areas.

Six in every ten business owners would be prepared to pay to enter a clean air zone if the vehicle fails to meet the required environmental standards.

Regionally, 72 per cent of London-based businesses are the most likely to pay the zones, while Welsh firms at 49 per cent were least likely.

At only 46 per cent positive, businesses turning over less than £250k were least prepared to pay to enter a CAZ.

Despite this research from Close Brothers Asset Finance, there are calls from the industry to make CAZs fairer for SMEs, who are more likely to feel the financial burden of penalties or a fleet upgrade.

It said that firms that rely on HGVs are treated fairly when clean air zones are introduced.

FTA’s head of UK policy, Christopher Snelling, said: “We support the need to improve the quality of our air in the cities, but given CAZs only bring forward the beneficial change that is coming anyway by a couple of years, we don’t want this to be at the cost of small businesses’ ability to trade.”

Sadiq Khan has confirmed that London’s Ultra-Low Emission Zone (ULEZ) will be expanded up to the North and South Circular boundary in 2021.

This will be an area 18 times larger than the Central London Ultra Low Emission Zone and will be managed in the same way as the central London ULEZ, which is being delivered in April 2019.

It will operate on top of the congestion charge, 24 hours a day, seven days a week, 365 days a year.

Drivers within the zone using non-compliant vehicles will pay a daily ULEZ charge of £12.50.

Diesel buses, coaches and lorries will need to meet the Euro 6 standard.

Commenting on the announcement, Christopher Snelling said: “While some large logistics operators will have mostly compliant fleets, the real losers here will be small companies reliant on their lorries or vans.

Small firms tend to buy second-hand so will have older vehicles that do not reach the latest emissions standards and will really struggle to raise the loans they will need to buy compliant vehicles a few years early then they would have.”

FTA has calculated that, for a typical small firm with five lorries or five vans, the extra cost of compliance in 2020 or 2021 will amount to more than 40 per cent of their annual turnover – putting the business model of the company at risk.

How can fleets prepare?

The government has said the clean air zones will come into effect in 2020 to give businesses time to “prepare for the change in order to minimise the impact”. In this time, fleet operators should review their vehicles to ensure they are compliant if they must operate in and out of clean air zones.

If they are diesel, they should be Euro 6. Otherwise, where feasible, alternatively fuelled vehicles should be introduced.

Stuart Thomas from the AA commented: “Companies looking to reduce costs must plan for a move away from diesel and petrol and add more alternatively fuelled vehicles to their fleets, but awareness of this future change across the industry does not appear to be widespread, as we’ve found when talking to our customers.

“The best way businesses can avoid picking up any charges and safeguard themselves against forthcoming environmental fees is to implement a long‑term fleet strategy, such as a switchover to alternative fuels.”

Otherwise, for logistics firms that operate in and out of clean air zones, one method of avoiding the impact of charges could be to establish a delivery hub outside of the city centre, making use of last-mile delivery firms.

Phil Bulman, transport sector specialist at management consultancy, Vendigital, said in a Telegraph article: “It may become more cost-effective for some businesses to outsource the final stages of delivery or even look into leveraging public transport to keep investment and delivery costs down.”

This may also be time to consider other mobility solutions, such as rental, car clubs, and public transport – or a combination of the above.

Andrew Benfield from the Energy Saving Trust, commented: “Mobility as a Service (MaaS) is an increasingly popular concept in transport circles and involves paying for transport solutions as and when you need them in a pay-as-you-go or even subscription fashion.

In practice this could mean paying a monthly or annual subscription to access various services as and when. For example, the subscription may include rail travel, bus fare, bike hire and car rental that could be requested when needed.” 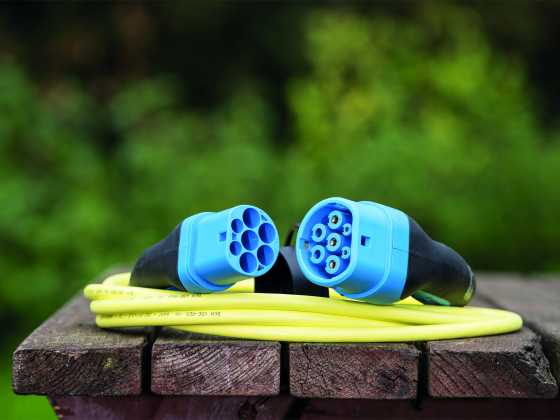 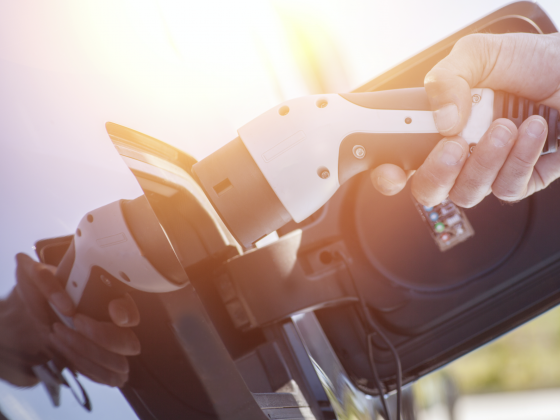 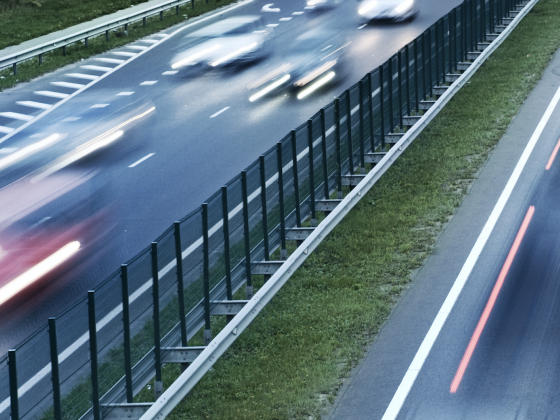 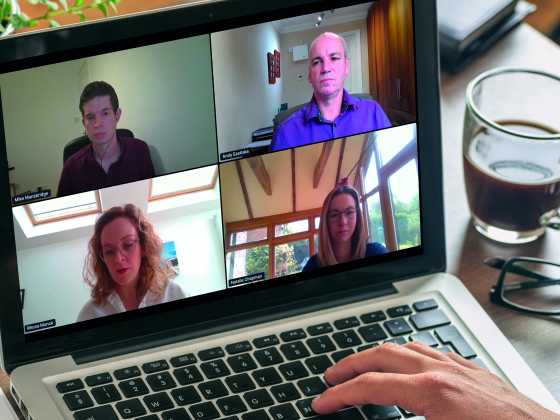 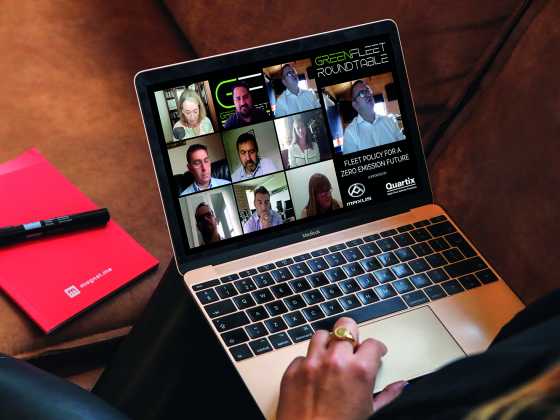 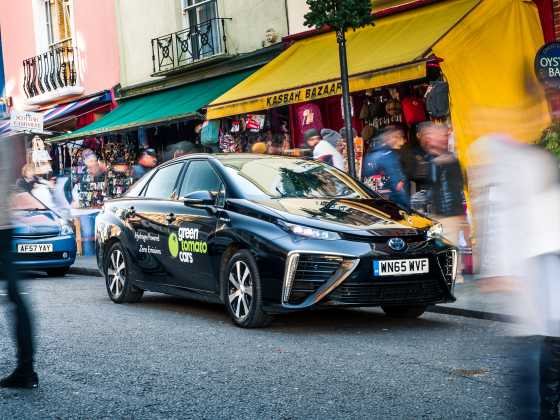