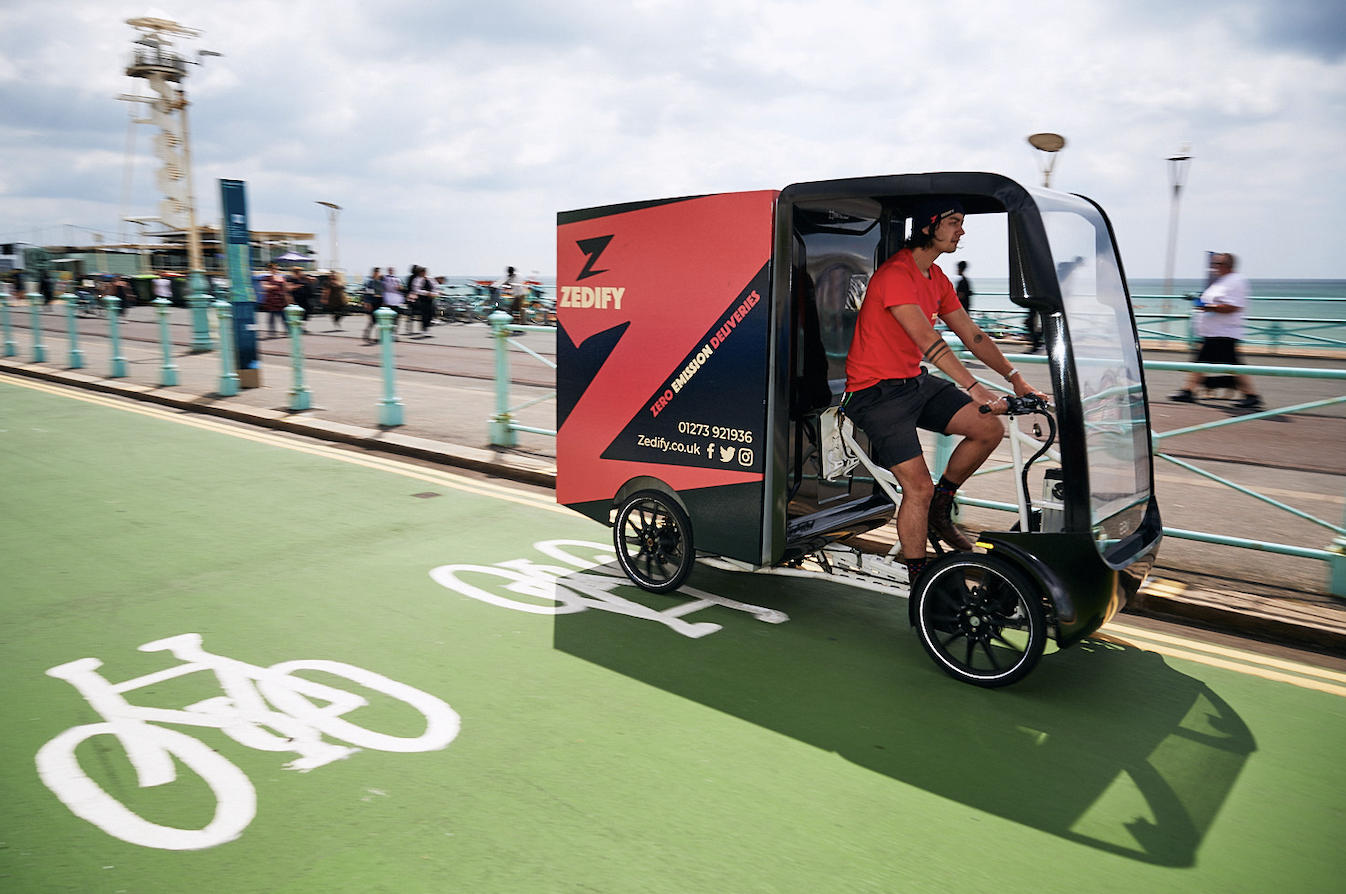 With investment coming from various sources, the cycle logistics and cargo bike market has grown significantly. Zedify, for example has benefited from further funding from Green Angel Syndicate (GAS), which specialises in financing firms that tackle climate change. The company first invested in Zedify in 2020 and in January 2022,  came back for more, leading a £1.2m funding round.

The cash injection means one of the UK’s leading independent cycle logistics operators can continue its expansion. Zedify has now fanned out from its Cambridge base to 11 locations, following the opening of their Plymouth depot. With its own back office and tech platform up and running, Zedify is inviting budding operators to become franchisees.

Over the next four years, Zedify aims to expand to over 45 hubs, becoming the leading sustainable delivery network for cities by developing further partnerships with local and national brands.

Since 2020, Zedify has delivered over 800,000 parcels, saving over 550 tonnes of CO2. It has increased operational capacity in London, expanded its central team, opened in Bristol, and been crowned ‘Urban Delivery Operator of the Year’ at the Motor Transport Awards.

It was not only Zedify having a busy January. KKR, a well-known US-based private equity investor at the other end of the scale to GAS, had its offer to buy Dutch company Accell Group for €1.56 billion (£1.3 billion) accepted by the Accell board.

Accell is a significant player in the cycling industry, owning the Babboe and Raleigh brands, making cargo bikes for both family and business use. KKR and its consortium partners want to take the company private with a view to expanding rapidly.

The April 2022 VeloBerlin event, which saw 15,000 through Templehof’s doors in just two days, had dozens of cargo bikes on display and for tryout. Babboe was there in force, testing the waters with its prototype ‘heavy load’ cargo trike. With an electric motor in each rear wheel and an innovatory suspension system to aid cornering, the payload will be 250kgs, excluding the rider. The target price tag is £10,000. Regarding its other models, Babboe is adopting a new stronger frame construction technique, a move that will be universally welcomed.

Babboe is currently suffering significant supply chain bottlenecks, as is the whole of the bicycle industry. It is preventing almost completed cargo bikes from being shipped.

Chiem de Winter, Babboe CEO, admitted to bike dealers in May 2022: “We are still finding it very difficult to determine specific delivery times for our products. Many bicycle parts have become hard to source, or are simply no longer available.”

Volkswagen Audi Group have a 20 per cent stake in Netherland’s PON Group, the maker of Urban Arrow cargo bikes, and Renault Mobilize is currently analysing in which segment of micro-mobility it should invest, but showing considerable interest in cargo bikes.
Lamborghini is involved in the industry too, with its racing car front impact deformation technology being deployed on the carbon fibre lightweight quadricycle now in production at Italian market entrant Sustainable Urban Mobility Solutions, lead by experienced cargo bike designer and innovator Diego Brunelli.

There is evidence that cycling manufacture is returning to Europe and this includes cargo bikes. In the UK, there is newcomer EAV with its 2Cubed quadricycle. In March 2022, EAV supplied one to Ringway Infrastructure for use in its London highways maintenance fleet. In Portugal, Ciclo Fapril has been making cargo bike frames for over two years, and is part of a growing the Agueda ‘bicycle valley’ just south of Porto. At the same time, the cargo bike industry is maturing. For instance, Carla Cargo trailer frames used to be hand-built. They are now being made by robots in a factory in southern Germany, less than 5 miles from Carla Cargo’s Freiberg HQ and assembly plant.

The Minister responsible for transport decarbonisation, Trudy Harrison MP, arranged an online meeting in January 2022 with representatives from the bicyle industry, cycle logistics and global express parcel last mile delivery specialists. It was a lively and positive exchange but specific initiatives are yet to emerge from Marsham Street. The parcel firms left the Minister in no doubt that they are already using cargo bikes in mainland European cities, but that they hesitate to use them in cities  like London due to the absence of affordable, appropriately located premises for their ‘micromobility hubs’.

However, the Department for Transport (DfT) continues to stimulate cargo bike use. The Future Transport Zones in Solent and the West of England both have new trials starting, one of them at a Bristol hospital, directly replacing vans with cargo bikes. The Zero Emisssion Transport Cities, Bristol, Oxford and Norwich, have each just been allocated £500,000 feasibility cash with a specific requirement from DfT to use some of this to put forward cargo bike and cycle logistics initiatives for future public funding.

In March 2022, the Department for Environment, Food and Rural Affairs  (DEFRA) released Air Quality grants to councils, and just over £3 million (nearly 26 per cent of the total) involved ‘active travel’ initiatives, several of which included using cargo bikes.

The system relies on a smartphone app to access bookings and lock and unlock the bikes. The eco-system behind cargo bike operations is also starting to develop: all three cargo bike fleets are being managed and maintained by Manchester Bikes, the north-west’s cargo bike specialists.

UK cargo bike sales data is still hard to come by, with current estimates suggesting sales in 2021 were less than 6,000. But this information deficit will soon be resolved, when the Bicycle Association Great Britain (BAGB) electronic point of sale (EPOS) data collection system is expanded to include details of cargo bike sales. BAGB’s bicycle dealer members will provide fully anonymised data, downloaded automatically via an API hooked up to their EPOS systems.

Amazon Logistics UK expects to open six micromobility hubs in 2022. One of them will be in a repurposed section of a multi-storey car park rented off the City of London Corporation, where 85 vans are expected to be replaced with 50 cargo bikes.

Meanwhile, the ‘dark store’ grocery delivery firms continue to expand rapidly and are deploying cargo bike fleets all over the UK.

It looks like there is much more investment to come.

Richard Armitage FCILT is executive director of the trade association, European Cycle Logistics Federation, and a director of Manchester Bikes, which supplies cargo bikes, bike trailers and ebikes to businesses and organisations. 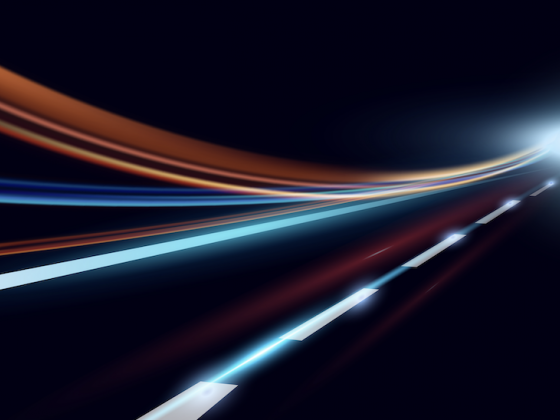 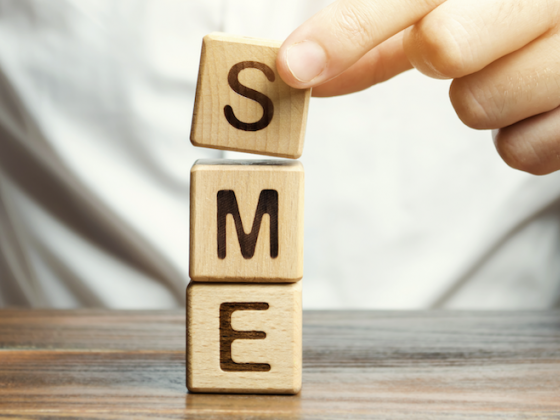 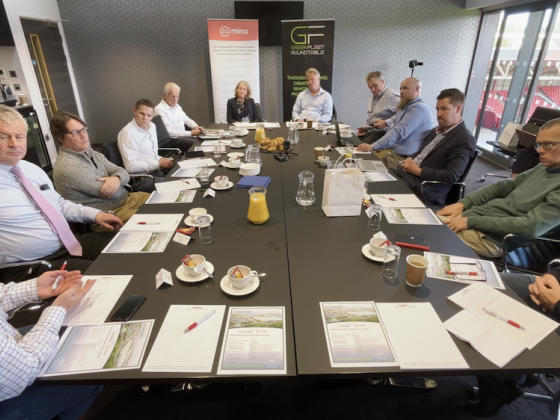 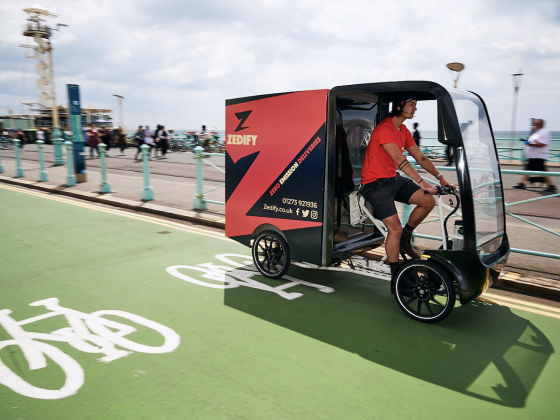 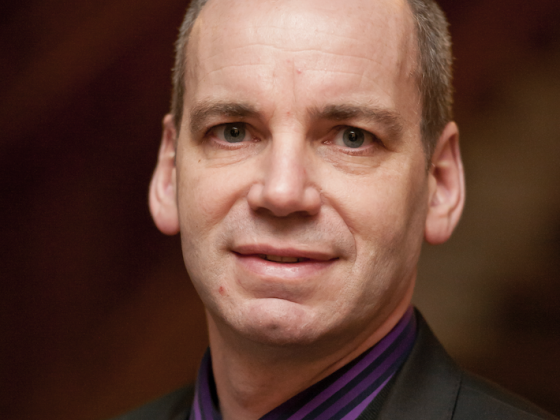 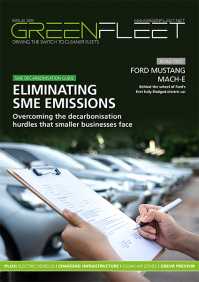 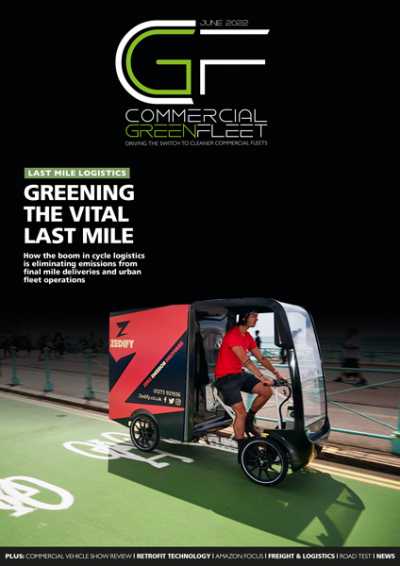