Charging on a per-mile basis in London: How would it work?

By 2025, London could have at least five separate road user charging schemes with different requirements. A new report by Centre for London has called for the adoption of a new scheme which charges drivers on a per-mile basis for their journeys

A new report by Centre for London has called for the adoption of a new road user charging scheme in the capital, which charges drivers on a per-mile basis, rather than a complicated myriad of charges with different requirements.

Costs of the proposed ‘per mile’ charge would vary by vehicle emissions, local levels of congestion and pollution and availability of public transport alternatives – and prices would be set before the journey begins.

The scheme would be integrated with London’s wider transport system via a new app and digital platform, which the report proposes would be run by Transport for London. The scheme, which the report calls City Move, would provide Londoners with more choice about how they travel around the city.

City Move would use the technology to give Londoners all their travel information in one place, allowing them to compare, plan and pay for journeys. Drivers, for example, would be presented with costs and impacts of using their vehicle versus alternative modes of transport.

The report emphasises the need to update the existing system; while the new Ultra Low Emission Zone (ULEZ) is a much-needed environmental measure, it comes on top of the existing Congestion Charge, and proposed charges for the new Silvertown and Blackwall tunnels. This means that by 2025, London could have at least five separate road user charging schemes – each featuring different vehicle standards, hours of operation, charge amounts and payment arrangements. This has created a confusing system for drivers to navigate.

The impact of a journey

The City Move app would be fairer than the Congestion Charge and ULEZ, the report says. Rather than charging drivers a flat daily rate regardless of how much they drive in a zone, the scheme would consider the impact of individual journeys in terms of journey length, road surface damage, economic costs and environmental damage.

Charging drivers on the most congested roads the equivalent of a cup of coffee or a bus ticket could reduce total emissions and air pollution levels across the whole of London by up to a fifth (over and above the anticipated impact of the current ULEZ).

This idea would also reduce congestion and make for a healthier, more liveable city. The report recommends that the Mayor of London should ask Transport for London to develop options for a new approach to road user charging, with a view to introducing the first version of a scheme by the end of the 2020-2024 Mayoral term. This would include developing a customer platform, upgrading the required GPS and mobile network capacity, and a trial to test the technology.

Silviya Barrett, research manager at Centre for London said: “The Congestion Charge was pioneering when it was introduced 16 years ago, and the ULEZ is desperately needed to address a growing air quality crisis.

“But new technologies are rapidly transforming the way people travel – and how they pay for their journeys.

“It is time for London’s approach to road user charging to keep up with the pace of change.

“The Mayor should move towards embracing new technology and create a simpler and smarter approach to road user charging. This would be both fairer for drivers and better for the city overall.”

A fairer and simpler way to travel

City Move has the potential to make life simpler and fairer for people and businesses traveling around London, believes Anthony Alicastro, chief executive officer of emovis, a global electronic tolling solution provider, which runs the Dart Charge scheme in London. He said: “The technology exists – we are currently involved in Road User Charging pilots in the USA, and the concept of mobility credits makes this an innovative proposal that policy makers in London should be backing. City Move will make travelling through London smarter and fairer and maintain London’s position as a world leader in this field.”

Cllr Julian Bell, Chair of London Councils’ Transport and Environment Committee, said: “London boroughs are keen to promote, cleaner, greener, more active forms of travel in order to clean up our city’s dirty air, improve people’s wellbeing and reduce congestion. Centre for London’s report makes a welcome contribution to the debate on road user charging, which can have a positive impact on a city but also needs to keep pace with the changing needs of our residents.

“That is why any scheme should use digital innovation and help Londoners make better-informed travel decisions.”

“One wonders whether this is the case in London – and increasingly in other towns and cities across the country – where drivers are confronted with an array of charges designed to do different things across different geographical areas. Many could be forgiven for confusing their CCs, CAZs and ULEZs.

“No one would challenge the urgent need to tackle congestion and reduce emissions so the easier things are made for drivers to comply the quicker change will be accepted.”

Helping millions of people move around the city in an sustainable and efficient way is a necessary and positive step, Will Judge, Vice President of Urban Mobility at Mastercard, believes. He said: “By 2050, more than 70 per cent of the world’s population will live in urban areas, yet partly due to congestion, cities already account for this same percentage of global CO2 emissions. So the recommended creation of an integrated transport charging model is a sustainable and efficient way
for London to tackle its challenge of moving millions of people around the city.

“Helping residents and visitors plan, book and buy their journeys through one digital platform, would reduce complexity but also aid peoples understanding of the environmental impact of their travel.”

Looking back at the congestion zone, Richard Dilks, Transport Director at London First, said: “London paved the way for congestion charging 16 years ago and, as charging for road use becomes more common-place in big cities across the world, we need to plan to stay one step ahead.

“With the city now boasting various charges designed to tackle congestion and emissions, more than six in ten (63 per cent) of Londoners support a simpler combination of these charges in future.

“In order to keep London an attractive place to visit, live and work we need to modernise and cohere our charges as part of a package of measures to effectively tackle congestion and air quality.”

A change to charging

A radical overhaul of the growing number of road user charges is needed, says Caroline Pidgeon, Liberal Democrat Assembly Member. She said: “An intelligent use of our crowded roads must involve moving to a system of charging per mile for trips made in areas of high demand and poor air quality.

“We need a radical overhaul of the growing number of road user charges and instead move to a single comprehensive system that directly tackles congestion and air pollution wherever it occurs in the capital.”

Stephen Edwards, director of policy and communications at Living Streets said: “Centre for London’s report is a welcome and authoritative guide to the issues that will need to be considered in relation to road charging. Whilst positive progress has been made, more needs to be done urgently to address poor air quality, climate change, safety and traffic congestion throughout the Greater London area.

“Electric vehicles will reduce some, but not all, kinds of vehicle emissions. And they won’t solve the congestion problem. The potential of modern technology and the phasing out of oil-fuelled vehicles means that a more sophisticated version of road charging than the Congestion Charge should be worked upon to be an option for London’s future.”

Robert Molteno, vice-chairman of London Living Streets, said: “This report details the principles on which any road user charging scheme for London should be based. Its proposal for a single, multi-modal London transport platform (smartphone app and website) will make it possible for Londoners to choose for the first time the best way they want to make each particular journey.

“All candidates standing to be Mayor of London next year need to have the courage to commit to develop a single, distance-based road user charging scheme. It is the only effective way of making a real difference to London’s transport challenges.” 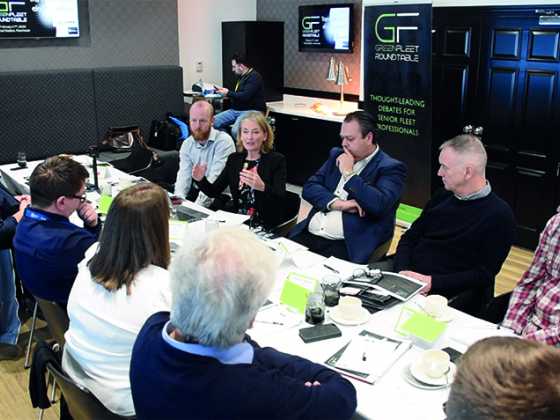 Roundtable: the transition to electric 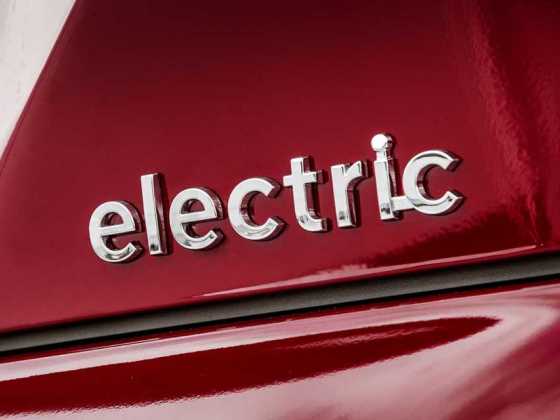 What money is there to support EV adoption? 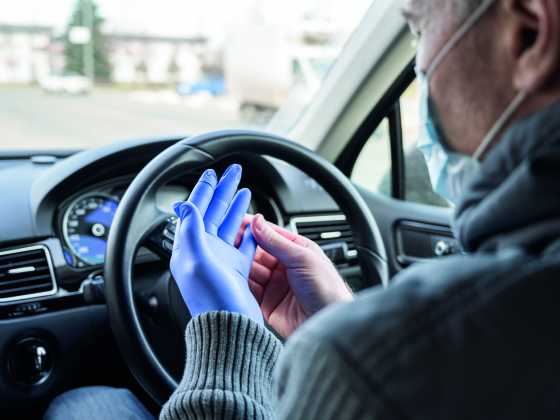 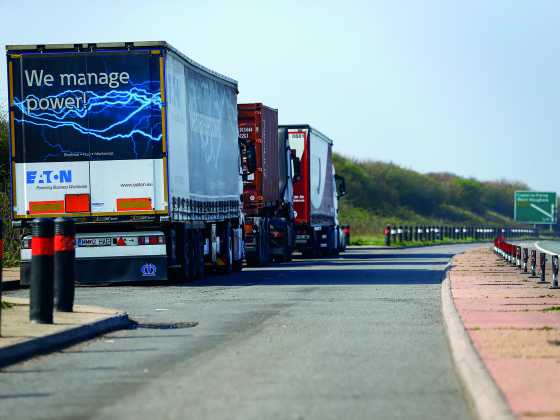 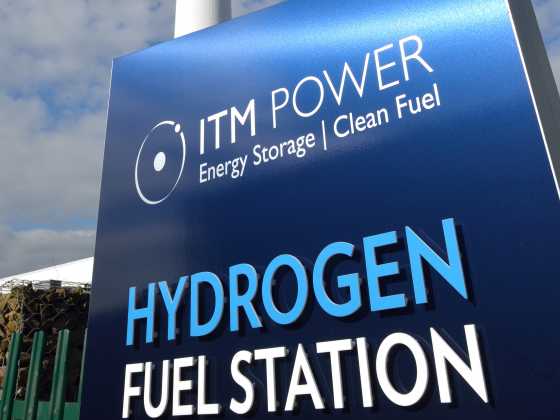 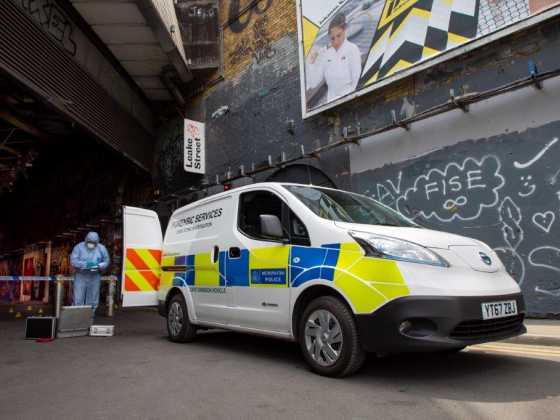