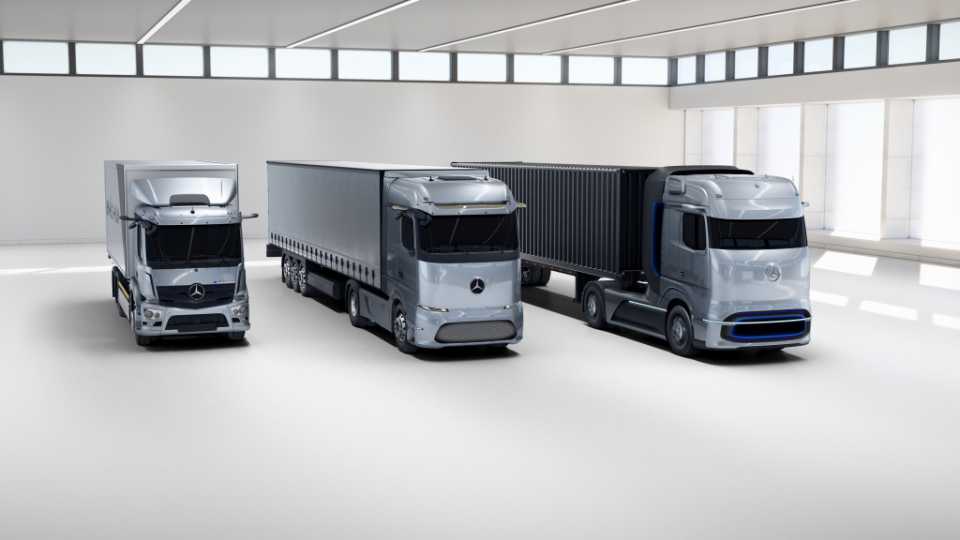 Daimler trucks has outlined its electrification strategy, including plans for hydrogen and all electric long-haul trucks, at an online presentation on 16 September.

The company premiered its hydrogen fuelled Mercedes-Benz GenH2 concept truck, with a range of up to 620 miles on a single tank of hydrogen. Daimler Trucks plans to begin customer trials of the GenH2 Truck in 2023 and series production is to start in the second half of the decade.

Thanks to the use of liquid instead of gaseous hydrogen with its higher energy density, the vehicle’s performance is planned to equal that of a comparable conventional diesel truck. The GenH2 Truck is to have a gross vehicle weight of 40 tons and a payload of 25 tons.

Daimler Trucks also presented for the first time a preview of a purely battery-powered long-haul truck, the Mercedes-Benz eActros LongHaul, which is designed to cover regular journeys on plannable routes in an energy-efficient manner.

Daimler Trucks plans to have the eActros LongHaul, which will have a range of approximately 310 miles, ready for series production in 2024.

The Mercedes-Benz has already revealed its eActros in 2018 and has been tested been in customer trials since. Series production will begin next year. The range of the series-produced eActros on one battery charge will significantly exceed that of the prototype’s approximately 124 miles.

By the year 2022, Daimler Trucks’ portfolio in its main sales regions – Europe, the USA and Japan – is to include series-produced vehicles with battery-electric drive. The company also has the ambition to offer only new vehicles that are CO2-neutral in driving operation (“from tank to wheel”) in Europe, North America and Japan by 2039.

As a new worldwide modular platform architecture, the so-called ePowertrain will be the technological basis of all medium- and heavy-duty CO2-neutral, all-electric series-produced trucks from Daimler Trucks – whether powered purely by batteries or by hydrogen-based fuel cells. It will feature high levels of performance, efficiency and durability. With the ePowertrain, Daimler Trucks plans to achieve synergies and economies of scale for all relevant vehicles and markets.