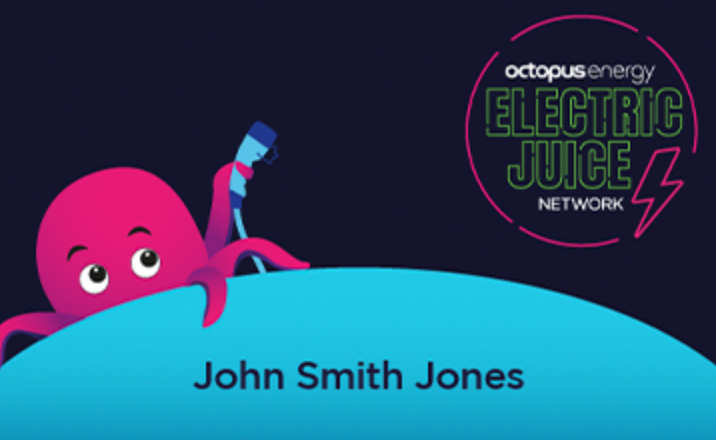 Leading charging networks Franklin Energy LiFe, Hubsta, Alfa Power and Plug-N-Go have joined the roaming service, taking the total number of chargers to over 1,000 across the UK. They follow Char.gy and Osprey (formerly Engenie) who joined the network on its successful Beta launch in May 2020.

In addition to fast and rapid charging and inner-city coverage, the new partners will add stronger presence to the Electric Juice Network in the North West, Yorkshire, East of England and even Guernsey.

Drivers of electric vehicles will now be able to pay with their Octopus Energy account across the participating charging networks, with all costs appearing on a single bill. As further networks are added to the roaming service, users of Electric Juice will soon be able to access many more charging stations nationwide.

With this ‘one-stop shop’ Octopus offers a solution to a long-standing problem for EV drivers, who have criticised the lack of a standardised way of paying as each network requires a different card or app. The service is open to all drivers of electric cars so that everyone can benefit from this new and more convenient way of charging - whether or not they are already one of Octopus Energy’s 1.7 million customers.

Zoisa Walton of Octopus Energy’s Electric Juice Network, comments: “Thanks to these new partnership agreements with Franklin Energy, Hubsta, Alfa Power and Plug-N-Go, users of the Electric Juice Network can now benefit from considerable cross-country coverage, and even more access to rapid charging across the UK, in addition to the networks already on-board. This makes EV charging on the go already considerably easier, and it is a crucial step towards providing a totally seamless charging experience, wherever you are in the country. Each time a partner joins the network we get one step closer to creating the effortless charging system that current EV drivers want, potential EV drivers need and the decarbonisation of our roads demands."

In addition to the new partners included on the network, Octopus Energy has been officially accredited as a mobility service provider for EV charging via the Association for Renewable Energy and Clean Technology (REA). Octopus has joined a number of other EV roaming providers as part of EV Roam, a new service that will help facilitate the uptake of roaming between EV charging networks in the UK.