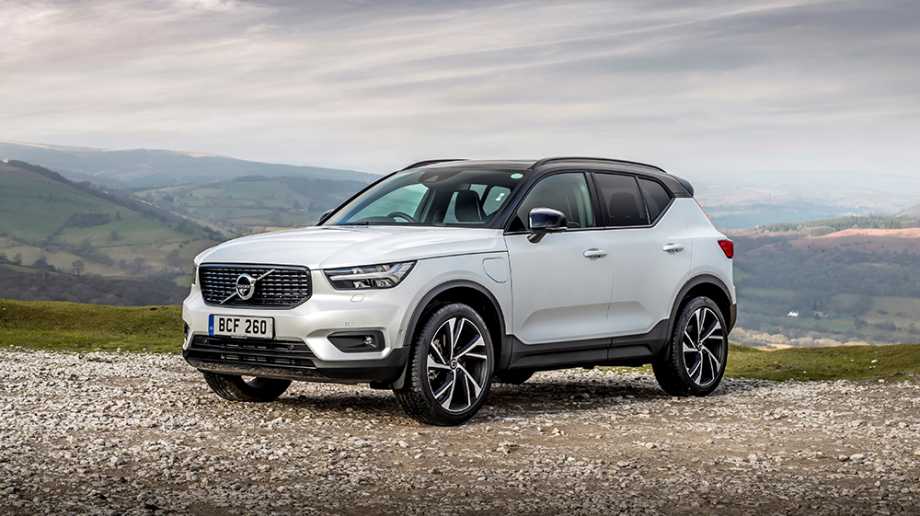 The popular XC40 spearheads Volvo’s electrification push, with the range encompassing mild and plug-in hybrids, as well as an all-electric version. Richard Gooding finds out if the most powerful plug-in XC40’s combination of all-electric and petrol-assisted running is the ideal one

What is it?
As statements go, it is bold. Volvo has an ambition to be climate-neutral by 2040, and aims to reduce tailpipe emissions by 50 per cent per car. By 2025, the brand also plans for half of its new vehicle sales to be electric. While the 2016 XC90 T8 Twin Engine was the company’s first ‘new-generation’ plug-in hybrid, its first PHEV offering was the diesel-engined V60 Plug-in Hybrid of 2013.

Launched in 2017, the small XC40 crossover was European Car of the Year in 2018, and is the Swedish brand’s most popular model in the UK. Alongside petrol and (now discontinued) diesel models, a 177bhp Recharge T5 plug-in version was added to the stylish compact SUV range in 2019. A lower-powered T4 variant followed in August 2020, powered by a 129bhp version of the T5’s 1.5-litre three-cylinder petrol engine, mated to the same 60kW electric motor and 10.7kWh lithium-ion battery.

How does it drive?
From the outside, there’s little to tell the plug-in XC40 from its siblings. The only giveaway is the charging socket located under a flap on the passenger front wing. That it is similar in looks to the rest of the range is a good thing, as few compact SUVs measure up to the XC40 in terms of style. It’s a similar story inside, too, with the cabin finished in high quality materials. Carpet-covered door panels add to the premium feel and the portrait-orientated nine-inch colour touchscreen has a sharp resolution. It’s not the easiest system to use, however, with the battery charge modes needing too many swipes of the screen to appear.

Out on the road, the plug-in XC40 is as refined as we’ve come to expect from new-generation Volvos, with engine noise well suppressed. With a system output of 259bhp, the Recharge T5 has decent pace – even if it does weigh a hefty 1,741kg – thanks to its 195lb ft of torque. The car’s seven-speed twin-clutch automatic gearbox is easy to use, and the lever can be knocked into ‘D’ or ‘B’ (for more regenerative braking) with a flick of the wrist. Tactile paddles behind the steering wheel allow various levels of regeneration to be chosen, the selected level displayed on the digital driver’s display.

Five driving modes are available – Hybrid, Pure, Power, Off-Road and Individual. ‘Hybrid’ is the default setting with the three-cylinder petrol engine and the electric motor working either together or individually for optimum efficiency; ‘Pure’ prioritises economy and all-electric running; ‘Power’ maximises performance and driving dynamics; ‘Off-road’ optimises the XC40’s performance on slippery surfaces (the car is front-wheel drive); while ‘Individual’ allows tailoring of the modes to whichever suits the driver best. Additional ‘Hold’ and ‘Charge’ functions allow the level of battery charge to be held and used later or charged up using the car’s petrol engine, which is the least economical way of doing so.

Despite the plug-in XC40’s weight, it handles well, and doesn’t feel like a high-riding SUV on  more demanding roads. There’s reasonably sharp turn in with little roll, and although the ride is on the firm side, it only gets caught out on really deep potholes and ruts, which caused our test car’s interior plastics to creak. Wind noise is virtually non-existent, with road noise only noticeable on the harshest of surfaces. Another plus is that there’s no loss of practicality, as the battery pack is mounted under the floor, so cabin space and the 452-litre luggage compartment is shared with other XC40s.

What range does it have?
The XC40 Recharge T5’s 10.7kWh lithium-ion battery and 60kW electric motor give an official zero-emission range of 28 miles – up to 78mph – under WLTP testing procedures.

How long does it take to charge?
Only one charging cable – a 10A mains socket AC Type 2 – is included with the Volvo XC40 Recharge T5. On a 10A supply, the battery is recharged in around 3.5 hours, or 6 hours at a 6A rate. An optional fast-charging cable is available for £50 and will refill the battery in 2.5 hours.

All Volvo XC40 Recharge models are not eligible for the government’s Plug-In Car Grant (PICG) due to their all-electric range being less than 70 miles.

How much does it cost to tax?
The same as other plug-in petrol-electric hybrids, Volvo XC40 Recharge T5 models are classed as ‘alternatively-fuelled vehicles’ (AFVs), so they are exempt from the first year VED charge, as they attract a £10 AFV discount – the standard charge for cars emitting 1-50g/km of CO2 is £10. In years two to six, the premium VED rate of £465 minus the £10 AFV discount applies, as even the cheapest XC40 plug-in hybrid model costs over £40,000. With WLTP-certified emissions of between 48 and 55g/km, the lowest-emitting versions of the XC40 Recharge T5 sit in the 12 per cent Benefit In Kind (BIK) rate band, with the highest attracting a 14 per cent levy. It’s worth noting that the less powerful Recharge T4 R-Design and Inscription models attract a lower £150 standard rate of VED – as opposed to the premium rate of the T5 – as, at £39,130 and £39,475 respectively, they are priced at less than £40,000.

Why does my fleet need one?
In common with all PHEVs, the XC40 plug-in hybrid combines all the benefits of zero-emission running, but with the added safety net of a small petrol engine for a longer overall driving range. This means less range anxiety of course, but as with its rivals, if longer journeys are the prime use of the car, these advantages will be of small consequence and add little to the experience.

Around urban areas, though, the plug-in Volvo comes into its own and the zero-emission part of the powertrain can be used to its full advantage. With a raft of high-quality technology, materials and finishes, the XC40 plug-in is a pricey proposition; a little too pricey. While the high list price is offset a little by any cost savings, the range of the – still expensive – all-electric model may be a more sensible option for some, even if it does cost considerably more than the plug-in hybrid. A slightly confused model when it comes to economy, if your fleet driving needs favour short distances to use the electrified part of its powertrain, then the XC40 Recharge T5 will no doubt appeal.