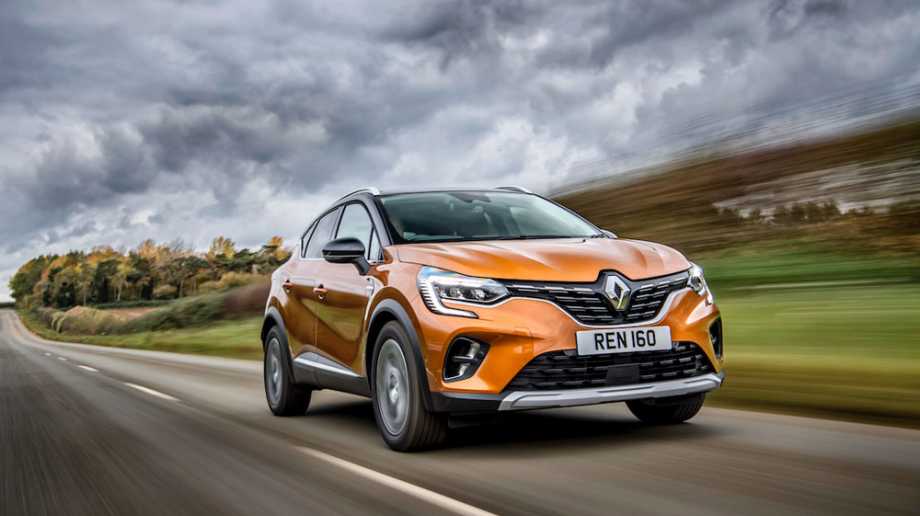 What is it?
The Captur first introduced Renault small SUV practicality to families in 2013. With more space than the similarly-sized Clio, a raised ride height, additional style, and efficient petrol and diesel engines, the crossover was an instant success. By 2020, when the latest model appeared, more than 150,000 had been sold in the UK, making it Renault’s best-selling nameplate.

The all-new Captur brought ‘E-Tech’ hybrid technology. Based on a brand-new modular ‘CMF-B’ platform designed for electrification out of the blocks, the Captur Plug-in Hybrid arrived first. A ‘self-charging’ hybrid version followed in 2021 (see panel).

What range does it have?
Fairly typically for a plug-in hybrid model with both a petrol engine and an electric motor and battery, the electrified Captur has an official zero-emission range of around 31 miles.

How long does it take to charge?
Renault quotes a charging time of four hours and 15 minutes to fill the Captur Plug-in Hybrid’s 9.8kWh lithium-ion battery on a domestic mains socket. Use a 7.4kW wallbox or a 22kW charge point and it takes around three hours.

How does it drive?
Before you’ve even opened the door, the latest Captur is more striking than the model it replaces. More muscular lines take inspiration from the Clio, and distinctive lights front and rear sharpen things up further. More stylish, the new car looks more upmarket, too, and that is shown to great effect in the interior. Soft-touch plastics, bright colours and a Clio-style dash are fantastic improvements to the previous model’s hard-surfaced cockpit. The 10-inch digital driver’s display and 9.3-inch portrait infotainment screen are sharp.

Setting off, the Captur Plug-in Hybrid starts in full electric mode. A choice of three modes allows for tailoring of the driving experience. ‘Pure’ denotes all-electric power; ‘MySense’ automatically switches the hybrid powertrain between electric and combustion to driver inputs and driving conditions; ‘Sport’ marries the combustion engine and the electric motor. An ‘E-Save’ function allows battery charge to be saved for later use.

As with a full EV, battery regeneration occurs when you lift your foot from the throttle pedal, and a stronger ‘B’-mode can be selected by nudging the gear lever back. Like that on the Zoe E-Tech EV, this makes driving more fun, and almost negates the need for the brake pedal. The Captur PHEV doesn’t feel devastatingly quick, but it’s not that kind of car anyway. It's sharper in its responses than the old car, though, and grips the road well. The ride is on the firm side, but we wouldn’t call it uncomfortable.

What does it cost?
The car we tested was to S Edition specification, which has been superseded by an SE Edition model. At £31,390, this is the cheapest way into a Captur PHEV. Standard equipment includes 18-inch alloy wheels, two-tone paint with contrasting roof, cloth and synthetic leather upholstery, a 10-inch TFT driver information display, as well as front and rear parking sensors and a rear view camera.

Move up to the £32,990 R.S Line and you gain chrome exhausts, grey skid plates, a shark fin antenna, aluminium pedals and door still trim, and a perforated leather-covered steering wheel.

How much does it cost to tax?
As the Captur PHEV is classed as an ultra-low emission vehicle, it qualifies for the £10 Alternative Fuelled Vehicle (AFV) VED discount. This effectively wipes out its first year registration charge of £10. Thereafter, drivers of the plug-in hybrid Renault will pay £145 with the AFV discount applied. Benefit in Kind (BIK) is 11 per cent for 2021-2022, and 12 per cent for 2021-2022 and 2022-2023.

Why does my fleet need one?
The most stylish version of Renault’s small SUV yet, the Captur’s quality has been stepped up, as has its efficiency with the arrival of its electrified family. Well-equipped and made, as well as enjoyable to drive, if you favour a greener drive, there are now fully-fledged ultra-low emission reasons to choose the Captur.