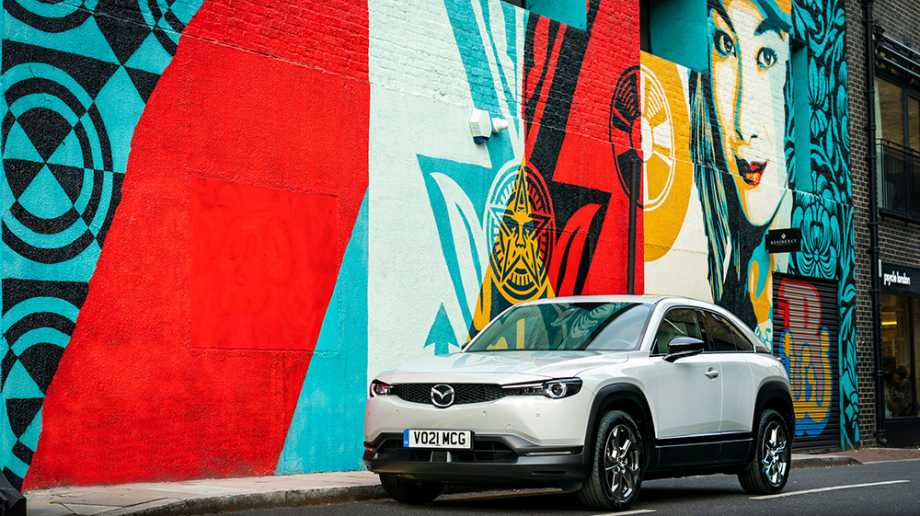 An all-electric take on Mazda's intelligent design and enjoyable drive principles, Richard Gooding finds the company's first EV to be both appealing and impressive, if not quite a perfectly practical package

What is it?
The MX-30 is Mazda's first mass-produced EV, even though the Japanese company began development of electric-powered cars over 50 years ago with the 1970 EX005 concept car, which featured electric motors charged by a rotary engine. Other experimental EV and fuel cell cars have followed, and even three electric prototypes of Mazda's hugely successful MX-5 sports car were built in 1993.

Building on its mild 'M Hybrid' and efficiency focused 'Skyactiv' suite of technologies, the MX-30 uses a new 'e-Skyactiv' powertrain. Mazda states that half of its sales are cars of the SUV type, so it was perhaps inevitable that the MX-30 would embrace this popular design. The new five-seat compact SUV also showcases Mazda's environmental efforts through its use of sustainable materials.

‏What range does it have?
‏Mazda has employed its 'right-sizing' strategy to the MX-30, and the car's range of 124 miles (WLTP, combined, 165 miles under 'City' testing conditions) adheres to this ideology. A philosophy which signifies the right power source in the right place at the right time, it is formed from the company’s ‘well-to-wheel’ approach to emissions measurement. This encompasses the CO2 emitted by vehicles not only when driving, but also the emissions caused by the production of fuel, or the generation of electricity. Mazda considers the reduction of CO2 during the car's entire lifecycle in the case of EVs and along with the wheel-to-well, this includes the gathering of raw materials for production, through to the car's disposal.

‏The company has also determined that electric vehicles with smaller batteries likely produce lower CO2 emissions than comparable diesel-engined cars. It believes the MX-30's 35.5kWh battery capacity provides an optimum balance between range and CO2 emissions from a lifecycle viewpoint, and smaller-battery EVs reach CO2 parity with combustion-engined cars sooner in the ownership cycle. The digital service records of its customers also tell Mazda that the average daily journey distance of a Mazda driver is 26 miles, meaning the range of the MX-30 should be more than enough for almost four days' driving in real-world conditions.

‏How long does it take to charge?
The MX-30 can be charged using both AC and DC power. On a 7.4kW home wallbox, the electric Mazda can be charged from 0-100 per cent in around five hours. NewMotion is Mazda's preferred home charge point supplier in the UK, and the collaboration also allows MX-30 drivers access to a roaming network of 2,500 UK public charge points, including 1,000 rapid chargers and 155,000 charging points in Europe.

On the public charging network, the MX-30's battery can be refilled from 20-80 per cent in 36 minutes from a 50kW rapid charge point (its highest charging capacity), or in three hours on a slower AC connection. Functions and status updates can also be controlled by the MyMazda app, including battery range and condition, charging and pre-conditioning. Driving routes and charging locations can also be sent to the navigation system.

How does it drive?
Highlighting Mazda's latest 'Kodo' design style, the MX-30 cuts a dash with its coupé-like curved roof line, square wheel arches, slim headlamps and 'afterburner'-style tail lights. A unique feature is the pair of 'freestyle' doors. The front pair open conventionally, while the rears are hinged at the back. With no B-pillar, the door opening aperture is obstacle-free, although access to the rear seats is limited if the front seat is not moved forward. With the driving position set for someone of a 5'6" height, there's enough room for a similarly sized person in the back, but with the front seat set for a taller driver, rear legroom is tight.

The cabin is cocooning, though, and features minimal, yet intelligent, design. Highlights include the use of cork on the centre console and inner door handle pulls – a nod to the company's beginnings in cork production. Fibres from recycled plastic bottles cover the door panels and with the tasteful grey trim, creates a relaxing and premium-feeling cabin. A 7-inch colour screen in the centre console gives access to the climate control settings, ahead of which are buttons and a rotary dial for selecting functions for the car's 8.8-inch infotainment system set into the dashboard.

Finding a comfortable driving position is easy, and on the move, the 'right-size' approach begins to make sense. Mazda claims that an overall lower vehicle weight (1,675kg here) also aids handling for greater agility, and the MX-30 certainly feels more dynamic than a great deal of its electric SUV rivals. Progressively weighted steering feels natural and the MX-30 can be driven with a level of aplomb that belies its SUV body style. Mazda's 'MX' badges denote models which it states 'challenge automotive industry assumptions' and the MX-30 is more engaging than it perhaps has a right to be, but it is comfortable, too, with an beautifully judged ride. Performance is adequate, the Mazda reaching 62mph in 9.7 seconds. Top speed is 87mph.

No driving modes hint that the MX-30 is already efficient, but five levels of regenerative braking are controlled via steering wheel-mounted paddles. Like the steering and dynamics, they have a progressive action, and, if judged correctly, encourage near one-pedal driving. Deep in tone, a synthesised engine note is piped into the cabin and it sounds great, adjusting its volume to the bursts of acceleration and deceleration. Overall, the MX-30's driving responses are akin to those of a combustion-engined car, which will ease drivers new to EV technology.

‏Opt for what Mazda believes will be the most popular grade, the £30,345 GT Sport Tech, and adaptive LED headlights, a heated steering wheel, a power tilt and slide sunroof, 12-speaker Bose surround-sound system, a 360-degree view monitor, and, somewhat strangely, a 150W three-pin plug socket all come as standard. A special First Edition limited to just 350 units is available at £27,995, based on the SE-L Lux. Building on that car's spec, First Edition MX-30s add selected features from the Sport Lux and GT Sport Tech versions, but throw in metallic paint, usually a £550 option.

Why does my fleet need one?
A difficult car to pigeon-hole, the Mazda MX-30 offers the range of smaller EVs such as the Honda e and Mini Electric but in a more practical package. On a price par with the Honda and Mini on price, too, its driving dynamics are also similarly matched. But while the practical edge is a boon, the MX-30's appearance and size suggest a longer range more in keeping with other EVs such as the Kia e-Niro which can travel 180 miles on a  single charge in 39kWh battery spec.

In the near future, the Mazda's range will be addressed, with the advent of an additional range-extended version (see panel), but for now, the MX-30 will be evaluated on its existing 'right-size' range, which for some, won't be enough. That's a real shame, as the electric Mazda does almost everything else right. Its interior and exterior are genuinely appealing, as are its engaging driving dynamics. If usage patterns can accommodate its range limitations, though, fleets will find an impressive car which certainly demands a second look. 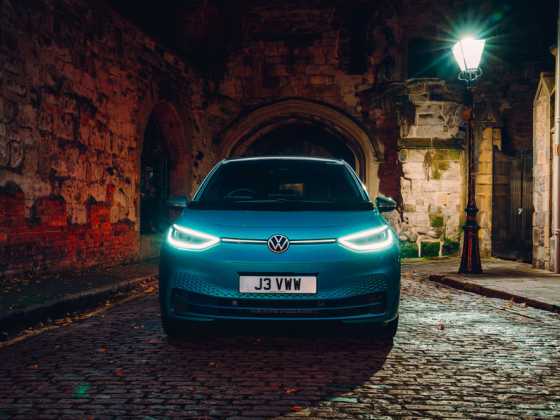