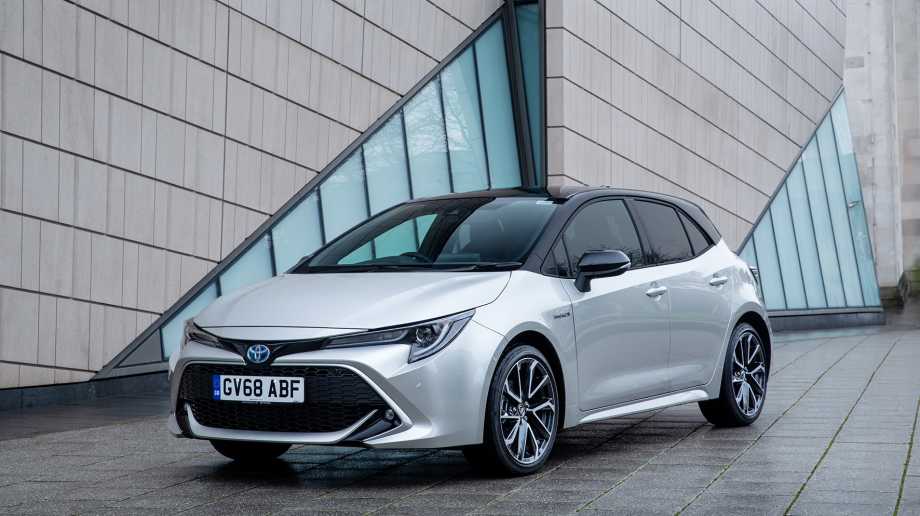 After an absence of 13 years and with petrol-electric powertrains to the fore, the Toyota Corolla is back in the UK. Richard Gooding drives the hybrid-focused model range

The best-selling automotive nameplate in the world, over 46 million Corollas have been sold over 11 generations. A car with a dependable and sensible reputation, the new twelfth-generation model is tasked with making the Corolla a little more exciting while staying true to much-admired virtues of durability and reliability.
A defiantly hybrid-focused model range this time around, the latest Corolla pushes Toyota’s petrol-electric powertrains to the fore. The single non-hybrid version is powered by a turbocharged 1.2-litre petrol engine. In addition to traditional five-door hatchback and estate models, a new four-door saloon is also on offer (see panel).

From the outside, the new Toyota Corolla looks sharper and more dynamic than the Auris it replaces, but also has echoes of its predecessor. The optional bi-tone paint of the range-topping Excel models lends an even more upmarket air, and the new Corolla joins the latest RAV4 as instigators of Toyota’s new sharper design language. Lower roof, bonnet and seat hip points along with wider tracks aid the more dynamic styling and also lower the centre of gravity, helping the dynamism of the car itself.

Based on the Toyota New Global Architecture platform shared with the latest Prius, the new Corolla differs from that car by featuring a pair of hybrid powertrains. The 120bhp 1.8-litre version focuses on economy, while a new 178bhp 2.0-litre variant is tuned for more sportier driving.

A more dynamic drive is what the new Corolla offers. With very little roll, direct turn-in, and an all-new multi-link rear axle, the handling feels almost as sharp as the new looks. Engaging to drive, only the CVT gearbox necessitated by the hybrid powertrains lets the side down. At low revs it’s barely audible on acceleration, but increase the revs and the speed and its presence becomes obvious. Overall refinement is very impressive however, with barely any road or wind noise filtered into the cabin. The interior is a step up from the Auris. Taking cues from the C-HR and new RAV4, the British-built Corolla’s cabin has a premium look. A synthetic leather dashboard finish gives an upmarket feel and an eight-inch colour touchscreen infotainment system offers clear displays. Options include a colour head-up display, and an eight-speaker JBL audio system. Notably high quality, the new Corolla’s interior is a very comfortable place to be.

Toyota quotes official 55.4 to 65.9mpg values for the 1.8-litre hybrid and we achieved a very creditable figure of 54.3mpg over mixed condition driving routes. Paddles mounted behind the steering wheel allow for brake regeneration modulation – as does an ‘Eco’ driving mode. On the 2.0-litre hybrid, the paddles shift up and down the gearbox, but official 50.4 to 60.6mpg economy values still benefit from the petrol-electric powertrain. As with other Toyota hybrids, the Corolla is billed as ‘self-charging’, in that its batteries are topped up from the engine and regenerative braking – there’s no need to plug it in. However, it can drive for small distances at slower speeds in all-electric mode.

With emissions from 73g/km (NEDC correlated), the new Corolla 1.8 hybrid is aimed at fleets, attracting a £95 first year VED rate, rising to £130 thereafter. The highest-emitting 2.0-litre hatch is rated at 92g/km, costing £40 more in the first year, with an identical subsequent year rate. Benefit in Kind rates
for the 76g/km 1.8 hybrid start at 19 per cent, rising to 22 per cent for the 2.0-litre car.

The new Toyota Corolla is a very impressive car. It’s also a very significant one, both in terms of volume and lower-emission vehicle sales. Toyota forecasts that 90 per cent of sales will be hybrid versions, so the Corolla’s importance isn’t to be underestimated. That ambition is clear with the new car’s improved looks, quality interior and added dynamicity. It all adds up to make the new Toyota Corolla Hybrid both an enticing and impressive low-emission prospect.