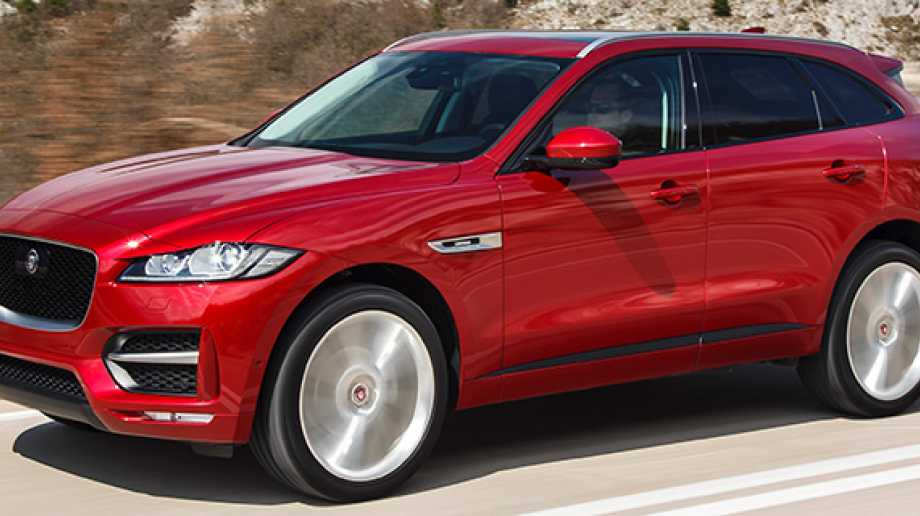 A sporting crossover, the F-Pace was the first Jaguar SUV to marry lightweight materials to a dynamic driving experience. And, as Richard Gooding discovers, the dieting ethos also helps with efficiency

With a rich heritage in producing brawny sports cars and saloons, Jaguar was finally lured into making an SUV in 2013.

The C-X17 concept car which appeared at the Frankfurt motor show that year evolved into the production F-Pace, the company’s first SUV.

Formally announced at the North American International Auto Show in 2015, the F-Pace debuted at the Frankfurt motor show later that year, and arrived in the UK in spring 2016. Like the concept which inspired it, as well as the compact XE saloon, the F-Pace breaks away from traditional SUV practices by having a body structure which is 80 per cent aluminium.

Other components – such as the tailgate – are fashioned from composite and magnesium for extra weight saving.

Jaguar claims that the streamlined styling and the lightweight ethos helps with the F-Pace’s efficiency, while a brace of newly-developed ‘Ingenium’ 2.0-litre turbodiesel engines offer emissions from as low as 126g/km.

For the enthusiast, a trio of super and turbocharged petrol units offer more scintillating performance.

Since the F-Pace was first launched, it has been joined by two additional SUVs: the smaller E-Pace, and the all-electric I-Pace, Jaguar’s first bespoke electric vehicle.

While we test the R-Sport 2.0D AWD variant here, we also point out that the cleanest F-Paces in the range are the Prestige 2.0D RWD models.

There’s no mistaking the F-Pace for anything but a modern Jaguar. Sharing the same look as the new generation of XE, XF, XJ and F-Type models, the Ian Callum-designed F-Pace is svelte and curvaceous, and masks its unescapable bulk well.

The optional £705 Caesium Blue paint really sets the car off, too, and combined with the also optional £690 ‘Black Pack R-Sport’ lends the F-Pace R-Sport more than a hint of aggression.

Inside, the big Jaguar’s cabin is sumptuous and made from quality materials. Leather covers the dashboard, seats, parts of the centre console and door trims, the dark headlining and low-edge dashboard also helping to create a feeling more akin to a coupé than a high-riding SUV.

That impression continues on the move, too. Sharing a bespoke platform with its saloon sisters rather than one borrowed from its Land Rover stablemates, the F-Pace feels more like a car to drive than a traditional mud-plugger.

While it can handle most light off-road situations, the focus is very much on a refined, fast on-road driving experience.

And the F-Pace certainly delivers that. The 237bhp 2.0D engine boasts strong punch and devours motorways and long distances with ease.

The eight-speed automatic gearbox is in keeping with the rest of Jaguar’s big SUV offering: smooth and fuss-free, while the paddleshifters either side of the steering wheel allows the drivers to have more tactile control.

As with the XE, aluminium components in the suspension and a similar design to that of the F-Type sports car helps deliver precise driving dynamics.

The F-Pace feels much more agile on the move than it seemingly has any right to, and although it’s no out-and-out sports car, it is involving and offers ample grip allied to unerring comfort.

Even though the suspension is, predictably, on the firm side, only the biggest of undulations and nastiest of broken surfaces catch it out.

To tailor the driving experience, there are four driving modes under the ‘JaguarDrive Control’ system.

We drove the car in mostly ‘Eco Mode’, which changes gears earlier and adjusts other settings for improved efficiency, but the system also offers ‘Normal’, ‘Dynamic’ as well as ‘Rain, Ice, Snow’ modes.

In normal driving, up to 90 per cent of the available torque is sent to the rear wheels, but in low traction conditions, the front/rear balance can be an ideal 50/50 split, which also nicely mirrors the F-Pace’s near-perfect weight distribution.

On a practicality note, the F-Pace should be able to swallow most needs thrown at it. A total of 650 litres of boot space is available with the rear seats in place, stretching to an impressive 1,740 with them folded down.

However, if you choose the entry-level Prestige 2.0D RWD with a lower-powered 161bhp turbodiesel engine, Jaguar claims up to an official 50.4mpg can be eked out.

Over our week-long test of the R-Sport, we achieved a fantastically creditable average of 46.4mpg, with a lowest value of 33.9mpg.

Recuperation and anticipation graphics in the five-inch instrument TFT screen allow the driver to step up their eco game, while a slew of eco data can be displayed on the 10.2-inch colour touchscreen infotainment system.

Finally, the recently-announced F-Pace SVR with a storming 493bhp, 5.0-litre supercharged petrol engine is priced from £74,835.

But as you’re reading GreenFleet, that kind of power and performance won’t worry you, and the R-Sport model offers plenty of useful kit to keep you happy.

Opt for Portfolio and you get a panoramic sunroof, xenon headlights, a 380W ‘Meridian’ sound system and a rear view camera.

This is where the F-Pace’s luxury, opulence and high price starts to dim its appeal.

Choose any options, though, which take the list price to £40,000 and that flips over into the Premium rate of £450.

The Jaguar F-Pace is a visually striking and a welcome addition to the hotly-contested and ever-growing SUV market.

Luxurious, comfortable, and hugely enjoyable to drive, the Jaguar F-Pace is also packed with useful kit and technology.

We’d exercise caution with regard to the specification of our test car – the entry-level Prestige model incurs little list price or taxation penalties.

On the whole, though, with competitive emissions and a driving experience which definitely puts the ‘sport’ in ‘Sport Utility’, the F-Pace’s success speaks for itself.

There is little not to like, and it’s no wonder Jaguar has scored with its first SUV: it’s a deeply desirable crossover.

THE ELECTRIC JAGUAR READY TO SET THE PACE

Jaguar’s big news for 2018 is the launch of the long-awaited, all-electric I-Pace SUV.

First unveiled in 2016, Jaguar’s first all-electric road car is little changed from the initial concept, which means low-slung, sports SUV styling, which embodies modern Jaguar cues but looks refreshingly different to the rest of the range.

Unlike BMW’s i3, though, it doesn’t obviously shout about its electric car credentials. There’s more subtlety.

Its 90kWh lithium-ion battery gives a range of 298 miles on the WLTP cycle, and the I-Pace offers Tesla-rivalling performance, with 0 to 62mph done in 4.5 seconds. Charging at 50kW DC, the I-Pace can be refilled with 168 miles of range per hour.