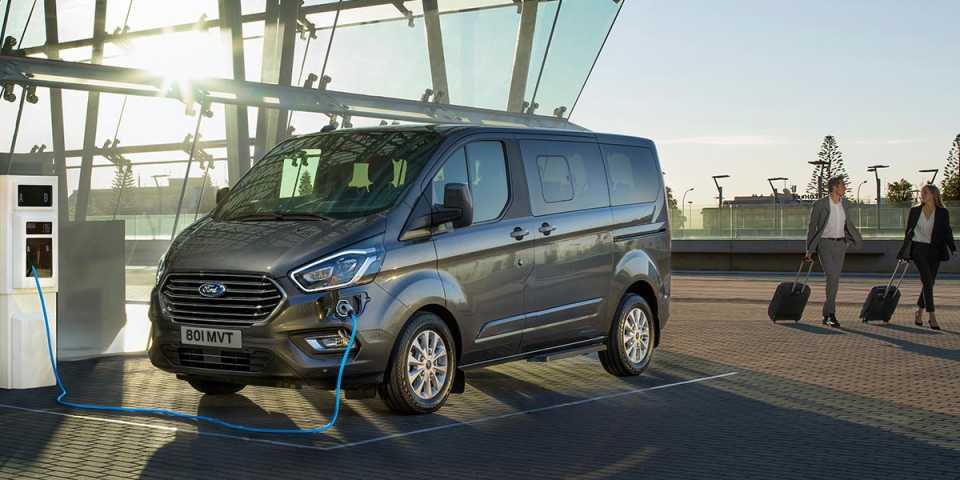 Ford has announced 16 electrified models at a special Go Electric event in Amsterdam while outlining its electrification strategy for Europe.

The new range of models will features mild, full and plug-in hybrid powertrains.

These include the Kuga Plug-In Hybrid variant of the company’s all-new mid-size SUV, the first Ford to offer mild-hybrid, full-hybrid and plug-in hybrid, powertrains.

The new Tourneo Custom Plug-In Hybrid eight-seat people-mover made its global debut in Amsterdam, offering pure-electric driving capability alongside the driving range and freedom offered by a traditional combustion engine.

In addition, Ford announced that a new all-electric Transit will join the company’s line-up of electrified commercial vehicles in 2021. Designed to deliver pure-electric propulsion, the new van will contribute to cleaner, quieter towns and cities, and reduced running costs for business and operators.

“Forward-looking, technologically advanced and using a wide range of electrified solutions to suit the different needs of different consumers, our new Ford Hybrid vehicles will make electrification relevant and affordable for more drivers than ever before,” said Stuart Rowley, president, Ford of Europe. “The models introduced today are just the start of our plans to develop a comprehensive line-up of smart vehicles for a smart world. From Fiesta to Transit, every new vehicle that we introduce will feature an electrified version that best suits the needs and pockets of our customers across Europe.”