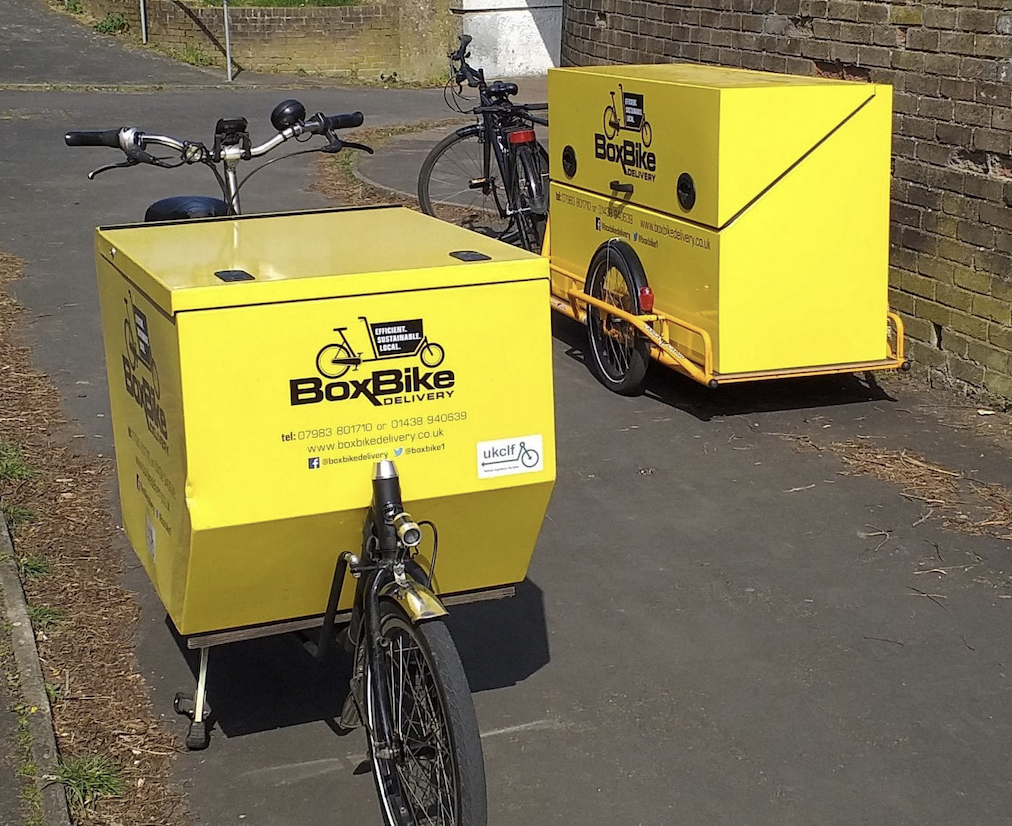 E-Cargo bikes offer the opportunity to decarbonise your last mile delivery fleet, reduce running costs and leave your staff happier and healthier at the end of the day, writes the Energy Saving Trust

Last mile deliveries are the movement of goods from a supplier to the final delivery address and have experienced sustained growth since the introduction of ecommerce in 2000. Total road kilometres in the UK have subsequently increased by 27 billion kilometres, 22 per cent of which can be attributed to van travel. This trend has been accelerated in the past year, as lockdown restrictions have encouraged more online purchases.

Last mile deliveries are often made by small diesel vans, which contributes to congestion, poor air quality and climate change through carbon emissions. According to Department for Transport (DfT) research, the delivery and collection of goods accounted for 16 per cent of all van usage in the UK in 2019-202, up from an estimated eight per cent in 2016. According to one study of European Cities, in urban areas van usage created by commercial deliveries accounts for around 30 per cent of transport CO2 emissions, over 50 per cent of NOx emissions and 40 per cent of particulate matter emissions.

Gordon Manson, programme manager at Energy Saving Trust, comments: “Decarbonising the last mile delivery sector has the potential to mitigate some of the harmful impacts of congestion, air quality and climate change caused by carbon emissions – particularly in urban areas”.

It has been shown that within urban areas, 51 per cent of all motorised trips associated with the transport of goods could be shifted from cars to bikes or ecargo bikes.

E-Cargo bikes come in variety of configurations, from two to four wheels, front and rear load boxes or trailers. The wide range of e-cargo bike configurations means that there is an option for all types of last mile delivery activities, such as small parcel deliveries and moving shipments in consolidation hubs.

Why choose an e-cargo bike?

Firstly, they are lower emissions. Transport is currently the largest sector for UK greenhouse gas emissions (27 per cent), of which road transport accounts for 90 per cent. eCargo bikes do not produce any operational greenhouse gas emissions, with only small amounts of greenhouse gases produced when generating the electricity needed to power the battery. Therefore, significant carbon savings can be made by operating e-cargo bikes compared to diesel vans.

E-Cargo bikes have significantly lower upfront and running costs compared to diesel vans. These savings include fuel, maintenance costs and discounts and exemptions from congestion and Clean Air Zone charges. There are also tax incentives and government grants available.

What’s more, many riders find ecargo bikes enjoyable to ride. The physical activity (supported by electric assistance) is beneficial for employees’ health, with Cyclescheme estimating that cycling to work three days a week can burn 1,000 calories per week. Some companies also report that their ecargo bike riders take less sick leave than other drivers. Utilising ecargo bikes could also improve your brand reputation and environmental credentials.

How can businesses use e-cargo bikes?

There are many applications for ecargo bikes beyond parcel and post logistics. Other sectors include food delivery, cleaning and maintenance, and local store-to-customer deliveries in retail. Gordon Manson says: “Businesses firstly need to consider what needs transporting, where and when, before selecting the best ecargo bike option for the job.” If e-cargo bikes are used, they should be embedded in an efficient, well-thought-out delivery operation strategy to ensure success.

E-Cargo bikes are typically most suitable in certain scenarios, including the transportation of small and light goods as ecargo bikes do not have as large a capacity as a van.

They are also suitable in a high-density network with many stops within a short distance, as this is the most profitable method, and while vehicles have a limited range, they can be parked easily.

They are also good for time-critical deliveries, as small vehicles are less affected by congestion, making them more reliable.

E-Cargo bikes also give you access to congested or access restricted areas as ecargo bikes are cheaper to use in Clean Air Zones and easier to move around in pedestrianised zones.

The financial incentive to complete deliveries as efficiently as possible, combined with the relatively limited capacity of e-cargo bikes means that a strategically placed consolidation or distribution ‘hub’ is highly desirable for many last mile operators using ecargo bikes.

Box Bike Delivery is a Stevenage-based logistics company that specialises in sustainable last mile delivery. It operates a fleet of five ecargo bikes and an ecargo trailer, delivering parcels for a national carrier, medicines for a local pharmacy, deliveries for a range of local businesses and postal collections from offices and schools.

Funding in England, the e-cargo Bike Grant Fund, worth £400,000, was made available by the Department for Transport in 2021/22 for the purchase of ecargo bikes, however applications have now closed.

Applications may include more than one organisation. In these joint ‘high-street’ applications, a lead applicant will be responsible for submitting the application.

In Scotland, the eBike Business Loan gives interest-free loans of up to £30,000 from Energy Saving Trust, funded by Transport Scotland (an agency of the Scottish Government). The eBike Business Loan aims to support organisations that want to reduce the carbon impact of their transport and travel arrangements with new and more efficient alternatives and are available to help with the cost of purchase.

If your organisation is replacing a car or van with a cargo or e-cargo bike, there is no maximum limit per bike, within the maximum loan amount of £30,000. Interested? Complete our online business enquiry form and one of our sustainable transport coordinators will be in touch. 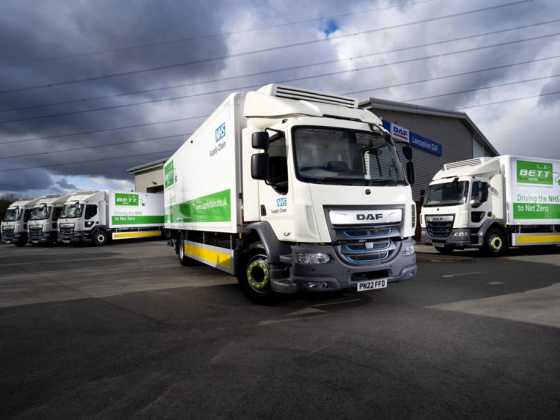 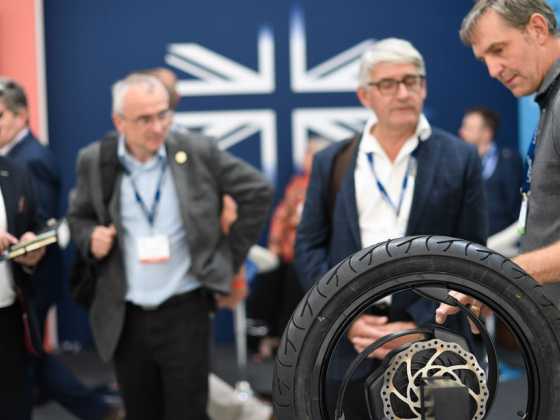 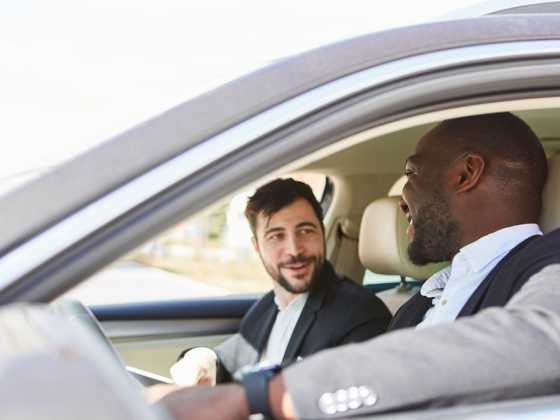 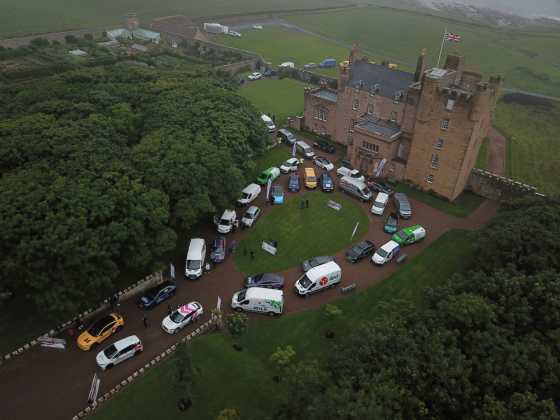 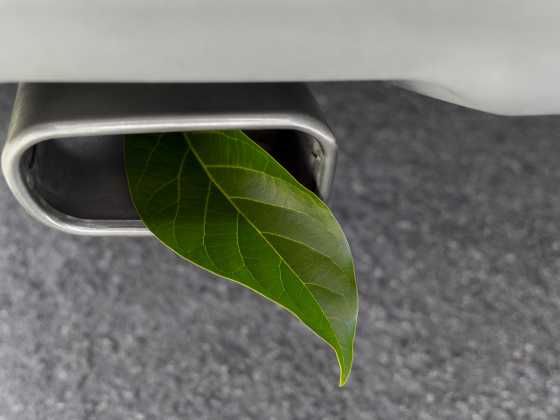 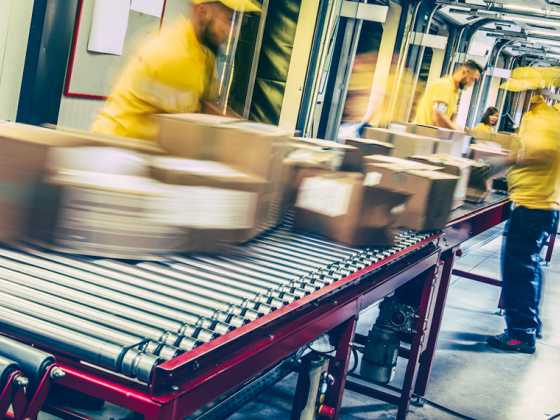